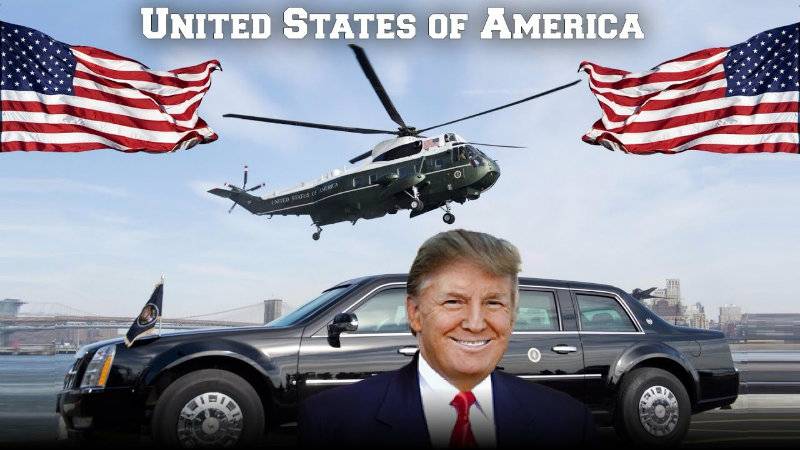 WASHINGTON - President-elect Donald Trump will be traveling in style, with an upgraded Cadillac One - the presidential limousine - that will make its debut at his inauguration on January 20.

The 2017 Cadillac, named “The Beast,” will be replacing a fleet of roughly a dozen identical limos that have been used by President Barack Obama since 2009. 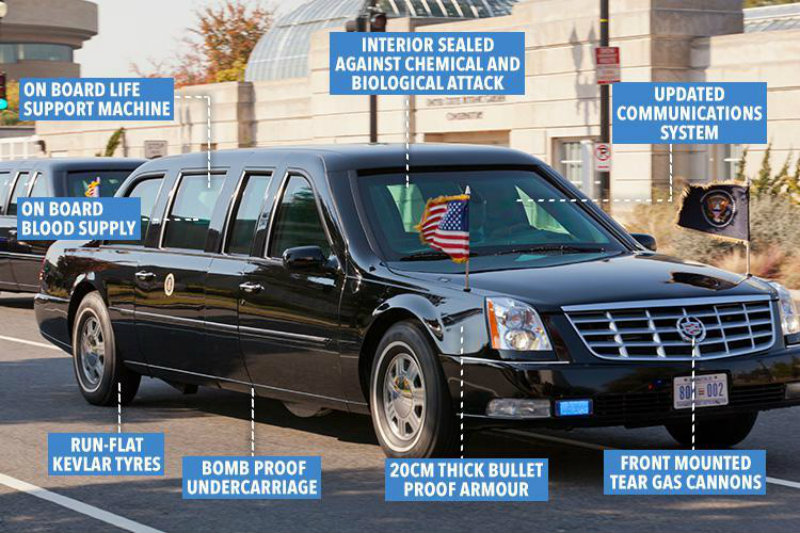 It will be equipped with weapons including tear gas cannons, a shotgun, and even bottles of the President-elect's blood type in case of emergencies, reports said.

The limo's doors and windows will be bulletproof and sealed off to withstand chemical and biological attacks, which means only the driver will be able to roll down the window to pay tolls.

Exact details of the car's features are not revealed to the public, but recent model images have shown the limousine will even protect the new presidential family with an underside that is impervious to road side bombs. 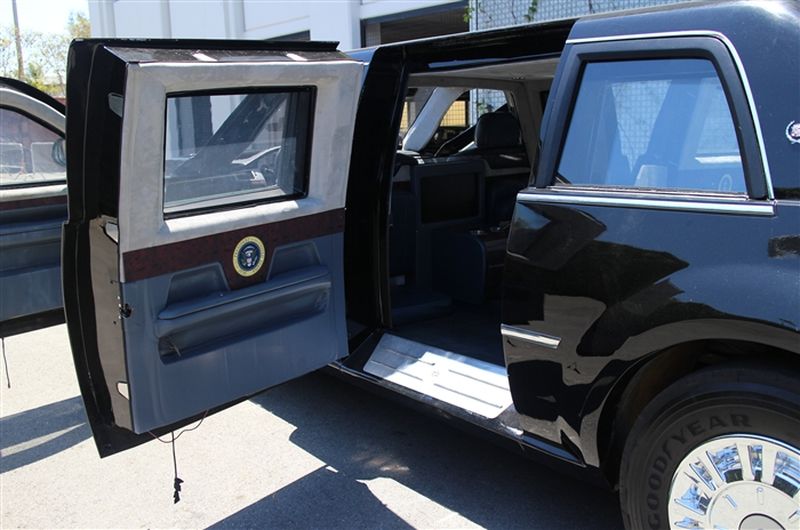 It features the exterior appearance of the latest Escalade sedan, and will not be much larger than Obama’s 2009 Kodiak presidential limousines. It boasts seven seats, and the passenger compartment will feature the same conference-style seating of previous presidential limos. The rear passenger doors are positioned to the front of the rear quarter windows, to partially obscure the two back seats, AutoWeek reports.

General Motors has been paid a total of $15million to develop the vehicle, according to documents.

The biggest upgrades will be updated communications equipment, and AutoWeek speculates that there may be a power-adjustable suspension to raise the ride height by a few inches when needed. They base their assumption on an incident when Obama’s limousine high-centered while leaving the US embassy in Dublin in 2011. 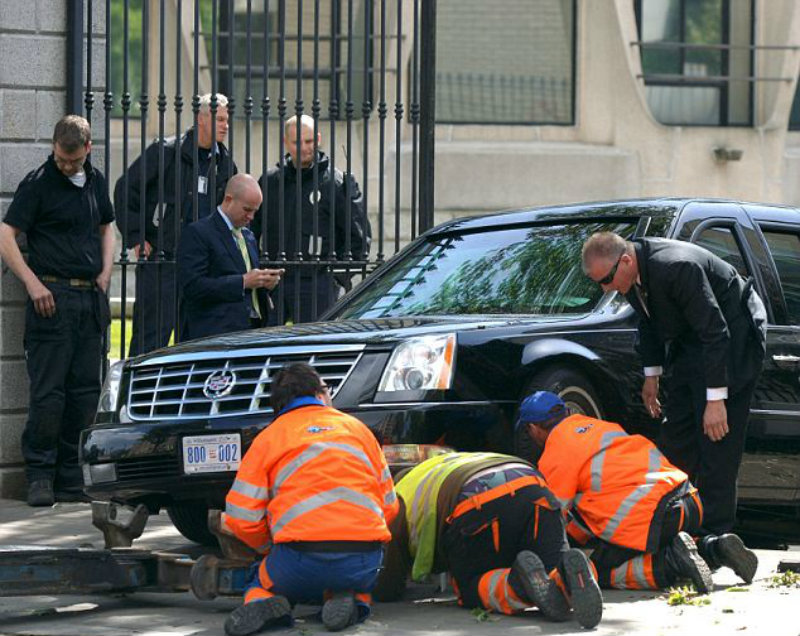 Presidents do not spend much time in their limousines, as the vehicles are generally used as armored transport between planes, helicopters, and buildings, and do not have the full mobile command center installed on other means of presidential transportation.

Trump’s new car will have the same black and silver paint as the previous Beast, but it had been covered with camouflage paint to disguise new features.

Externally, the Cadillac One appears to have the same headlight and grille design as past beasts, (Cadillac Escalade sedan) and all body panels will be custom-fabricated.

The previous model was and included eight inches of armor, tear gas canisters, and two pints of the President's blood. 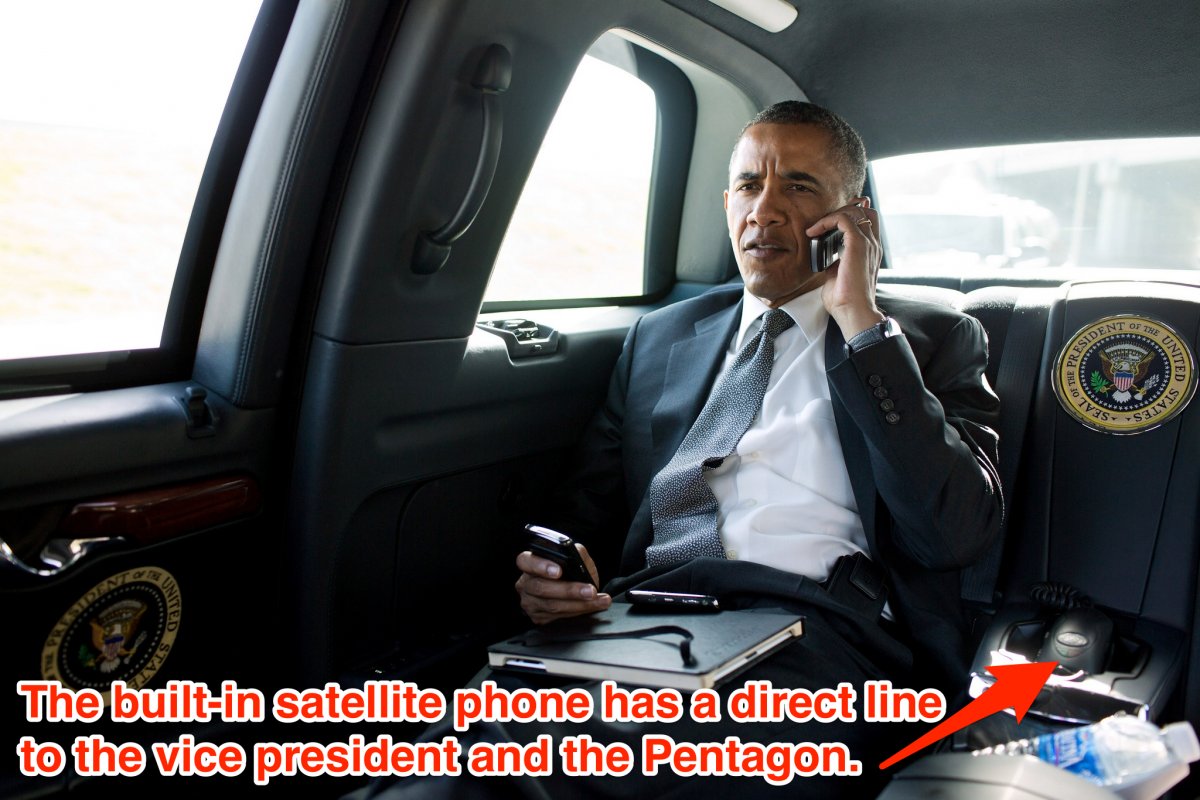 The vehicle is also fitted with night vision cameras, GPS tracking and a satellite communication system to allow it to run in any conditions and make sure the President is always in contact.