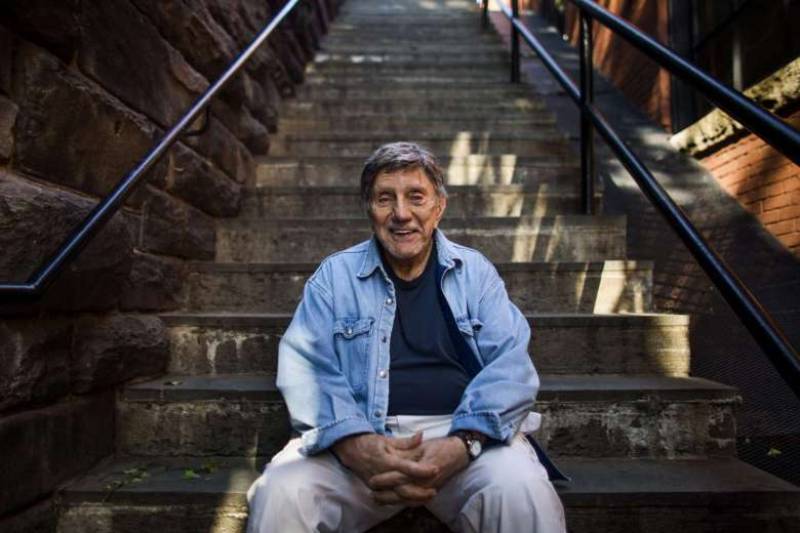 LOS ANGELES - William Peter Blatty, an American writer and filmmaker best known for his 1971 novel "The Exorcist" and for the Academy Award-winning screenplay for its film adaptation, has died aged 89.

Blatty wrote several books but his signature achievement was the novel that told the story of a 12-year-old girl whose vile behavior leads a young priest to conclude that she is possessed by a demon.

The novel was panned by critics but went on to sell 13 million copies, topping The New York Times bestseller list for 17 weeks, and is retrospectively considered to be one of the greatest horror novels of all time.

Blatty won an Oscar for his screenplay of his own book for the 1973 film and later wrote and directed a sequel, 1990´s "The Exorcist III."

The original film, directed by William Friedkin and starring Linda Blair, was a box-office hit and cult sensation that sparked a worldwide debate about the occult within the Catholic Church and inspired a generation of horror filmmakers.

Blatty, raised a devout Roman Catholic, died at a hospital near his home in Bethesda, Maryland, on Thursday, but it was announced on social media by Friedkin on Friday.

"William Peter Blatty, dear friend and brother who created ´The Exorcist´ passed away yesterday," he said, prompting a torrent of tributes from the horror-writing community.

The son of Lebanese immigrants, Blatty was born into poverty in New York and graduated from Georgetown University before earning his living as a door-to-door vacuum cleaner salesman.

During a diverse career, he was also a psychological warfare specialist in the US Air Force and a public relations director at Loyola University of Los Angeles and the University of Southern California.

He collaborated several times with director Blake Edwards, co-writing the Pink Panther sequel "A Shot in the Dark" (1964) and "Darling Lili" (1970) which starred screen legends Rock Hudson and Julie Andrews.

"You might only know Blatty from ´The Exorcist,´ but his array of talents could practically make your head spin. He will be missed," said film blog Screen Crush.

"Rest in peace William Peter Blatty, writer of both the peerless horror ´The Exorcist´ AND the funniest Clouseau film, ´A Shot In The Dark,´" added Edgar Wright, the British director of hit zom-com "Shaun of the Dead."

He is survived by his wife, Julie Alicia Witbrodt, who told The Washington Post her husband was suffering from multiple myeloma, a form of cancer.-APP