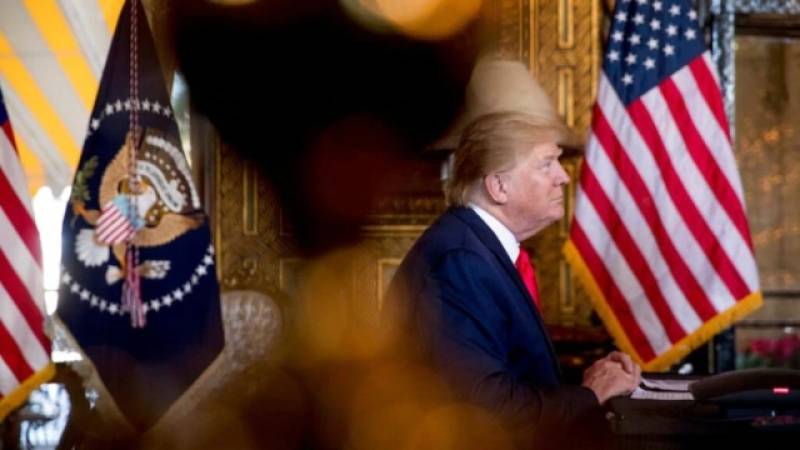 NEW YORK – US President Donald Trump had authorized the American military to assassinate Iran’s top general Qasem Soleimani seven months ago if Tehran’s actions led to the death of Americans in the region, according to US media reports.

Citing five current and former senior administration officials, NBC News said that then-National Security Adviser John Bolton urged Trump to retaliate for Iran’s downing of a U.S. drone in June by approving an operation to kill Soleimani. The officials also said that Secretary of State Mike Pompeo backed the decision to kill Soleimani at the time.

Trump said that he would only take action if Iran killed an American, a person briefed on the discussion told NBC.

The report brings into question the Trump administration’s justification for killing Soleimani in a drone strike earlier this month after an attack in which a U.S. contractor died.

Administration officials have claimed that killing of the top Iranian commander was necessary due to an imminent threat of attacks Soleimani was plotting.

Critics of the decision have questioned how imminent the attacks were. Democrats widely condemned the attack, and many members of Congress claimed the intelligence did not support the decision, based on information they were briefed on.

“There have been a number of options presented to the president over the course of time,” a senior administration official told NBC. The official added that it was “some time ago” that presidential aides put killing Soleimani on the list of potential responses to Iranian aggression.

The idea of killing Soleimani came up in 2017 during conversations then-national security adviser H.R. McMaster was having with administration officials about Trump’s broader national security strategy, officials told NBC. The idea was reportedly one of possible elements of a “maximum pressure” campaign against Iran and “was not something that was thought of as a first move,” a former senior administration official involved in the discussions said.

It reportedly became a more serious idea under Bolton, who replaced McMaster in April 2018.

A spokesperson for the White House did not immediately respond for comment.

Trump’s national security officials have already contradicted each other several times over the reasons for the assassination. The claim that Soleimani was planning “imminent attacks” against the US has been met with widespread suspicion and skepticism in the US.

The US military carried out an airstrike on the direction of Trump at Baghdad’s international airport last Friday, assassinating Gen. Soleimani and the second-in-command of Iraq’s Popular Mobilization Units (PMU), Abu Mahdi al-Muhandis, as well as eight other companions.

On Wednesday, Iran responded to the assassination, striking the American airbase of Ain al-Assad in Anbar province in western Iraq and another in Erbil, the capital of Iraq’s semi-autonomous Kurdistan region.

Meanwhile, the chief of Canadian company Maple Leaf Foods (MLF) has blamed President Trump for the accidental downing of a Ukrainian passenger jet by Iran.

“I am very angry, and time isn’t making me less angry. A MLF colleague of mine lost his wife and family this week to a needless, irresponsible series of events in Iran,” CEO Michael McCain said.

NEW YORK - The United States (US) House of Representatives has approved a resolution to limit Presidential powers. The ...

Protests have roiled Iran since officials admitted an air defense system mistakenly identified Ukraine International Airlines Flight 752 as an incoming cruise missile and shot the jet down. All 176 people on board were killed, including 82 Iranians and 62 Canadians.

Iran had denied any role in the downing of the plane for days, initially attributing the accident to mechanical problems.

“63 Canadians needlessly lost their lives in the crossfire, including the family of one of my MLF colleagues (his wife + 11 year old son)! We are mourning and I am livid,” McCain said.