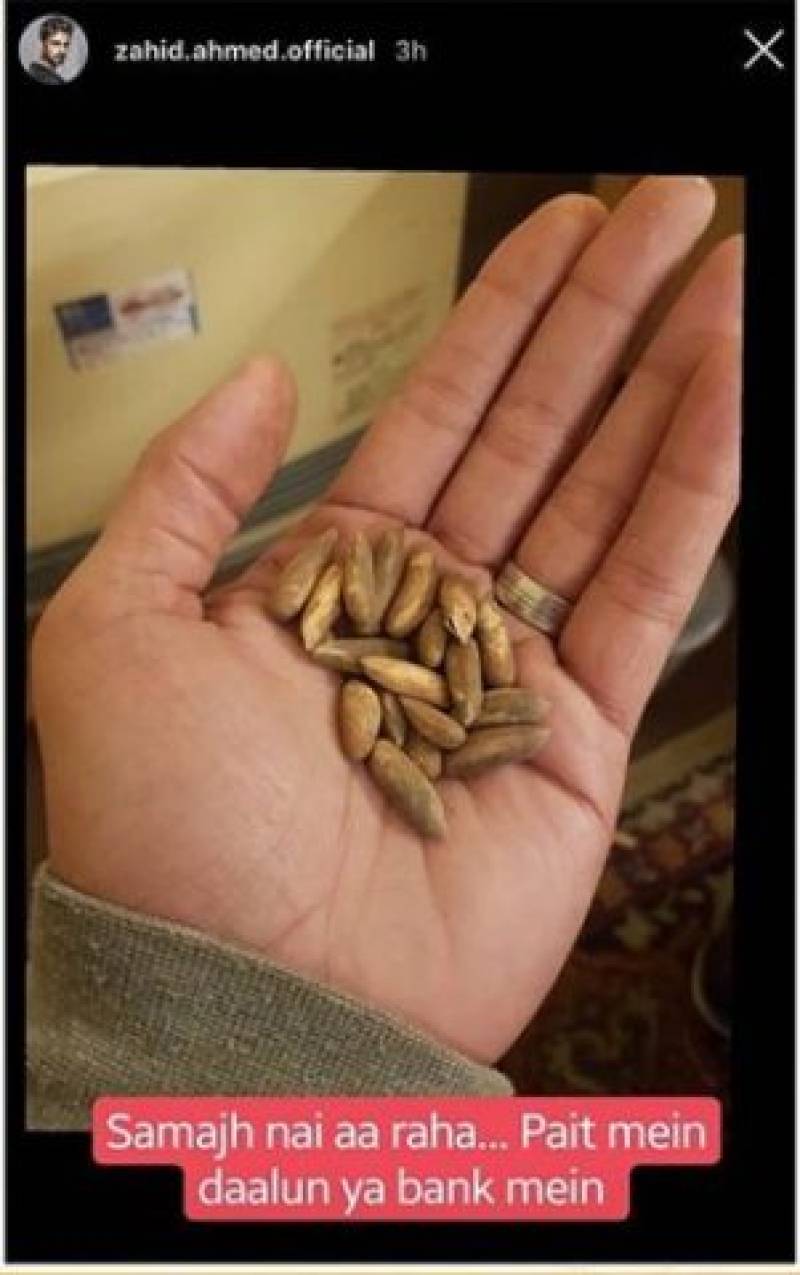 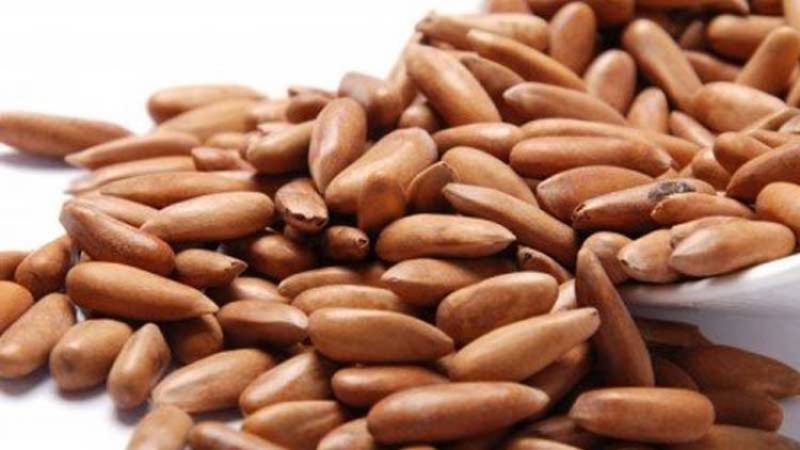 KARACHI - Pine nuts (Chilgozay), are fast becoming a delicacy few can afford as the price of the dry fruit has shot up to astronomical heights.

At Rs7,500 per kilo, the nut’s price sounds more like that of a precious metal. These exorbitant prices have become an actual crisis and cases of pine nut theft have also been reported.

Recently, Pakistani TV actor Zahid Ahmed posted an Instagram story and said he was confused about whether to eat the nuts or keep them in a bank.

On the work front, Ahmed can be seen in two dramas Ishq Zahe Naseeb and Mein Na Janoo.

Ahmed started his television career with the drama serial Mehram opposite Ayesha Khan as a lead protagonist. He has also previously received the best actor award in a negative role during the 4th Hum Awards.