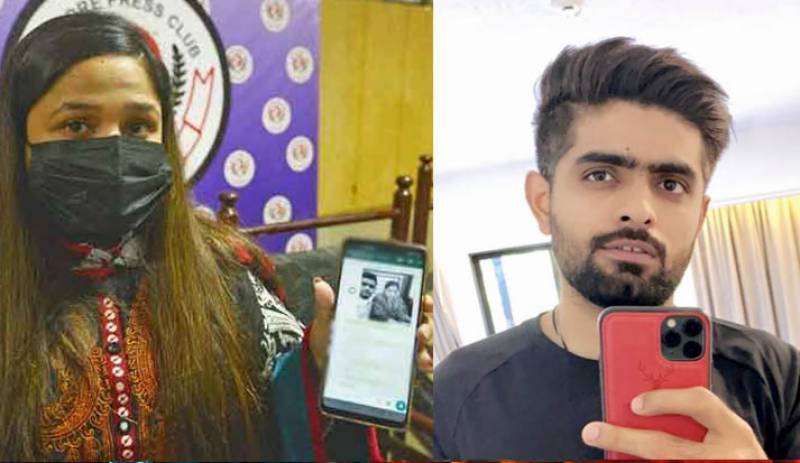 LAHORE – A sessions court on Thursday ordered the police to register a case against Pakistan national captain Babar Azam for allegedly harassing a woman.

Additional Sessions Judge Mohammad Naeem issued the order to Naseerabad Police station while hearing a petition filed by Hamiza, who claims to be also an ex-class fellow of the star batsman.

Hamiza in his petition alleged that Azam had been abused her sexually over the years on the pretext of marriage. She also hurled other allegations

While defending the allegations, counsel for the player said that the petition was trying to blackmail his client, adding that the woman had also blackmailed him in 2016.

Babar’s lawyers said that the woman was demanding Rs2 million to withdraw the allegations.

Yesterday, Federal Investigation Agency (FIA) cybercrime circle had summoned the skipper weeks after he was accused of sexual and financial abuse by his former classmate.

Babar, 26, was summoned on Thursday but he excused from visiting the officials due to some engagements.

The star batsman requested the FIA to reschedule the summons, after which he has been asked to appear before the team next week.

On Wednesday, he started net practice at the National Cricket Academy (NCA) after missing out all the matches of Pakistan against New Zealand owing to thumb injury.

Last month, police in Punjab capital declared Hamiza Mukhtar’s accusations against Babar Azam as false after the complainant remained unable to provide any concrete evidence to support her claims.

He claimed that police probe had found Azam innocent after which the petitioner had extended an apology to his client. The counsel implored the court to dismiss the petition.