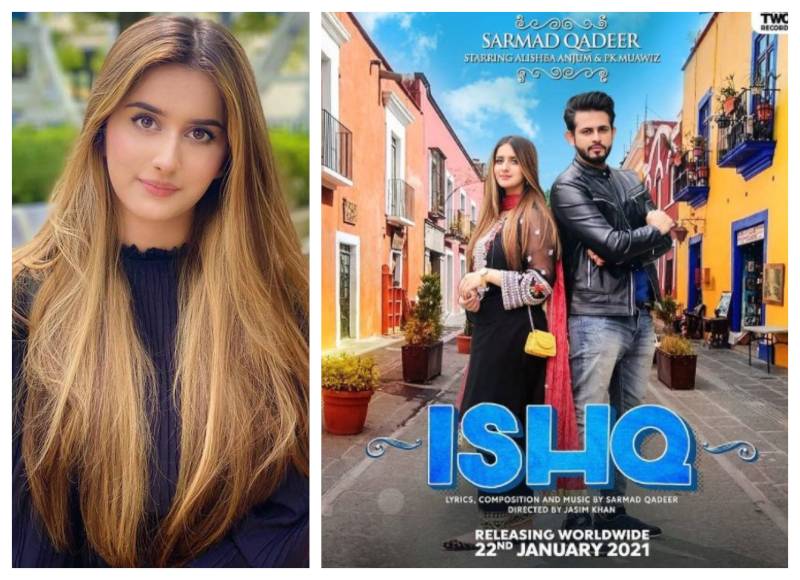 Alishba Anjum started to attract a huge audience towards her content, as the Tiktok star followed the footsteps of her elder sister Jannat Mirza who is the most followed TikTok Star in Pakistan. Now, Alishba has ventured into the world of mainstream media with her new song soon to be released.

The young star currently stands with 10.7 million followers on her TikTok account.

Anjum is all set to make her music video debut in Sarmad Qadeer's upcoming track, Ishq which will be released on Thursday 22 January.

The 23-year-old hails from Faisalabad and is residing in the same city with her family.

TikTok model Jannat Mirza hails from Faisalabad, has crossed 12 million followers on TikTok to retain her 'title' of ...