UK pushes India to end all curbs in occupied Kashmir 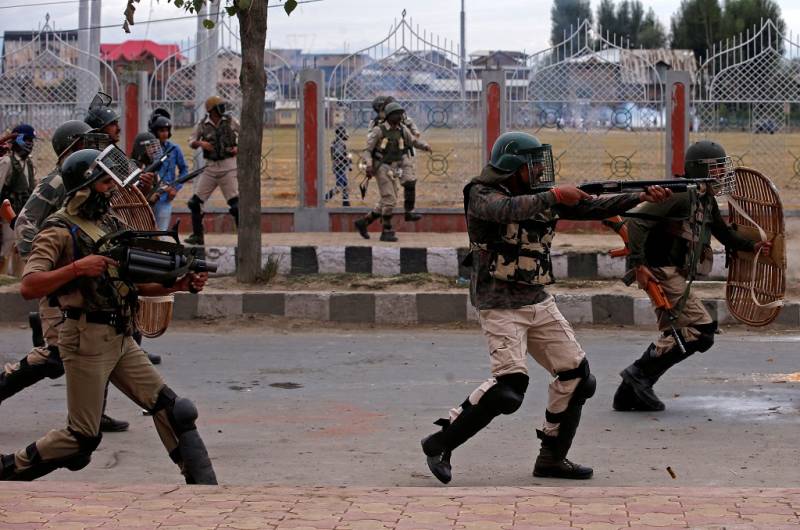 LONDON – The United Kingdom has asked India to lift all restrictions imposed in Indian Illegally Occupied Jammu and Kashmir (IIOJ&K) and allow a team from its High Commission in Delhi to visit the occupied valley for a first-hand assessment of the situation.

The demand has been made by the UK Secretary of State for Justice Robert Buckland while replying to a debate on the “political situation in Kashmir” in the Westminster Hall.

The debate was tabled by Labour Party MP Sarah Owen.

Responding to the debate, the UK Foreign, Commonwealth and Development Office Minister, Nigel Adams said the situation in Kashmir remains an issue for India and Pakistan and it should be resolved according to the wishes of Kashmiri people.

Owen while lashing out at lockdown imposed by Indian government said that the restrictions have not been implemented for safety purposes but for strengthening its illegal occupation.

She lamented that Muslims are being restricted from going to hospitals while Kashmiri women and girls are being raped by occupant forces.

He said, “Kashmiris' freedom of speech online is suffocated to the point that any criticism against the Indian govt, risks terrorism charges”.

John Speller, another UK MP, said: "This is not a matter of left or right. This is a matter of right and wrong.

"We are not against India. It is a massive country...with limitless potential. But that does not mean we shouldn't hold the Indian govt to account for its abusive behaviour, esp in #Kashmir”.

John Speller MP rightly states that the removal of autonomy of Kashmir is specific to trying to change the demographics on the ground to change the result of any possible future referendum.

NEW DELHI – An Indian army captain was charged with killing three Kashmiri civilians in a staged encounter in ...