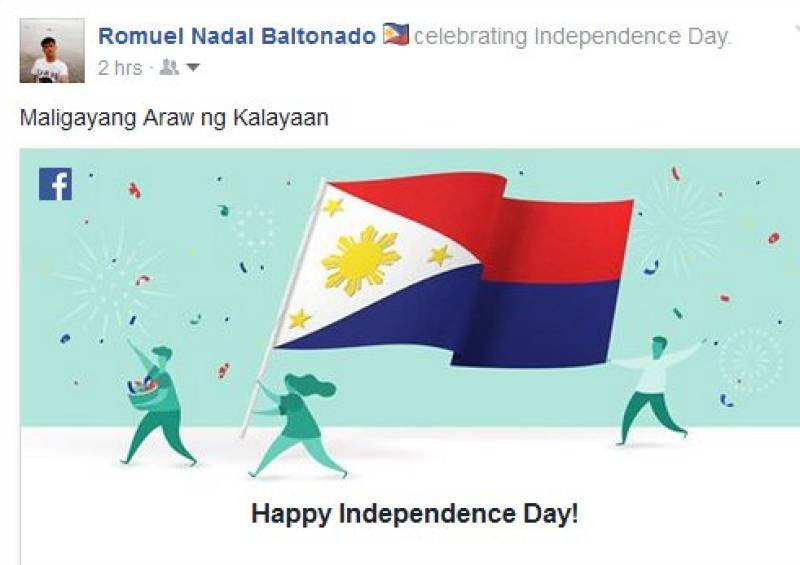 In trademark fashion, Facebook greeted Filipinos with "Happy Independence Day" on Sunday with a post showing a Philippine flag, but it was upside-down with red rather than blue at the top.

In  Philippines this officially means the nation is at war.

"This was unintentional, and we’re sorry. We care deeply about the community in the Philippines and in an attempt to connect people on Independence Day, we made a mistake," Facebook said in a statement sent to AFP on Tuesday.

The social network is not the first to cause a stir over an inverted Philippine flag.

In 2010, the United States had to apologize for switching the red and blue portions of the Philippine flag during a New York meeting between President Barack Obama and South-east Asian leaders.