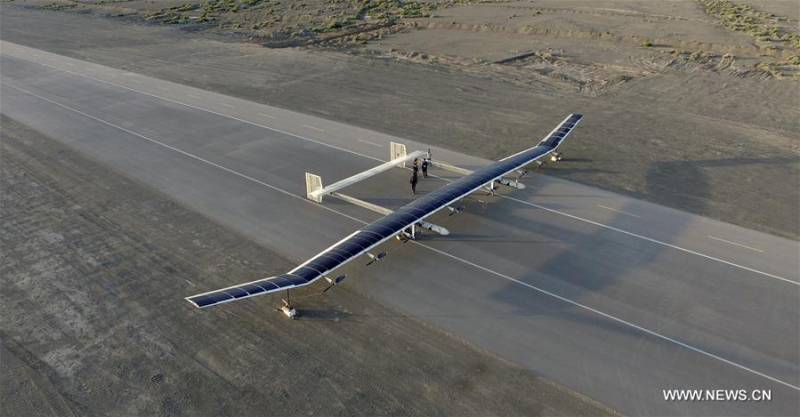 The project team under China Aerospace Science and Technology Corporation announced Tuesday that the CH UAV, flew smoothly in near space for over 15 hours under control, finishing its scheduled path before landing securely. 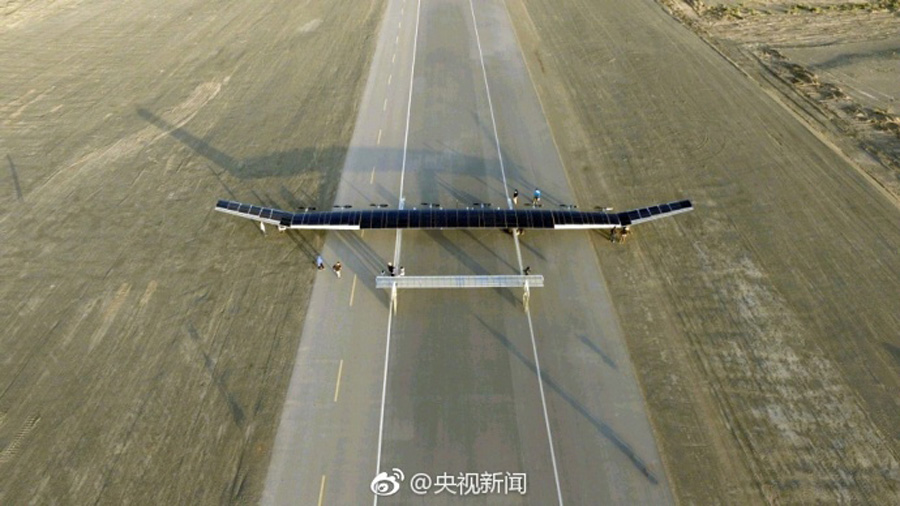 FLY HIGHP, the near space region which lies 20 to 100 km above sea level, contains thin air that reduces the performance of traditional fuel-powered aircraft engines.

However, solar drones like the CH UAV can perform well in this area and it is expected that such aircraft may be able to fly continuously for months or even longer in the future, said Li Guangjia, director of the project.

The CH UAV, with a wingspan of 45 meters equipped with solar panels, boasts a high cost efficiency as it does not require refuelling during long-term missions, said Shi Wen, chief engineer of the project. 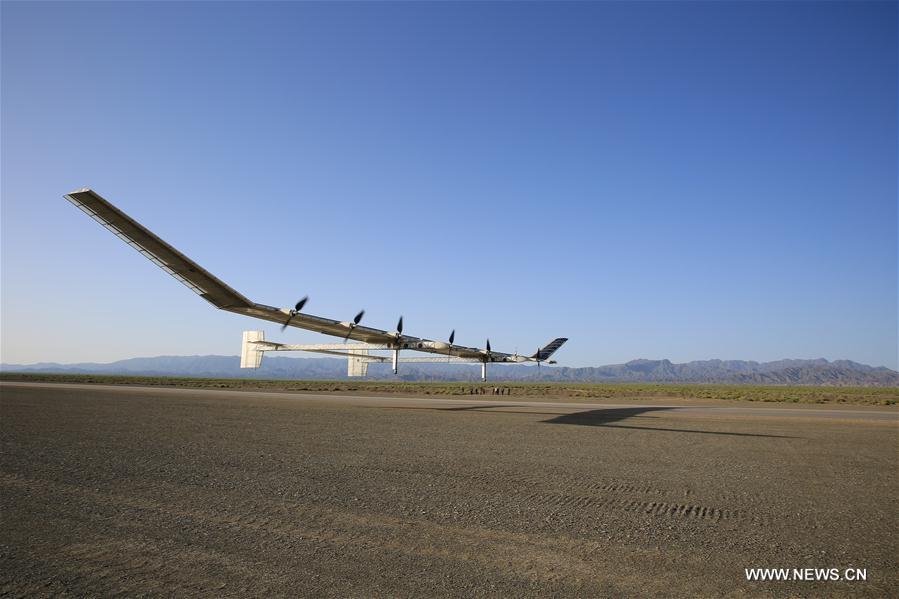 With the success of the CH UAV flight, China has become the third country to master near-space solar drone technology following the United States and the United Kingdom.

The United States has developed solar drones such as the "Helios" and the United Kingdom sent its UAV "Zephyr" to an altitude of over 15 km in 2007.

The CH UAV team said the project has overcome challenges in some key technological fields, such as aerodynamics, flight control and efficient use of energy, during its development.

It has taken over one year to solve the issue of precise control in complicated weather conditions to ensure more reliable flight. 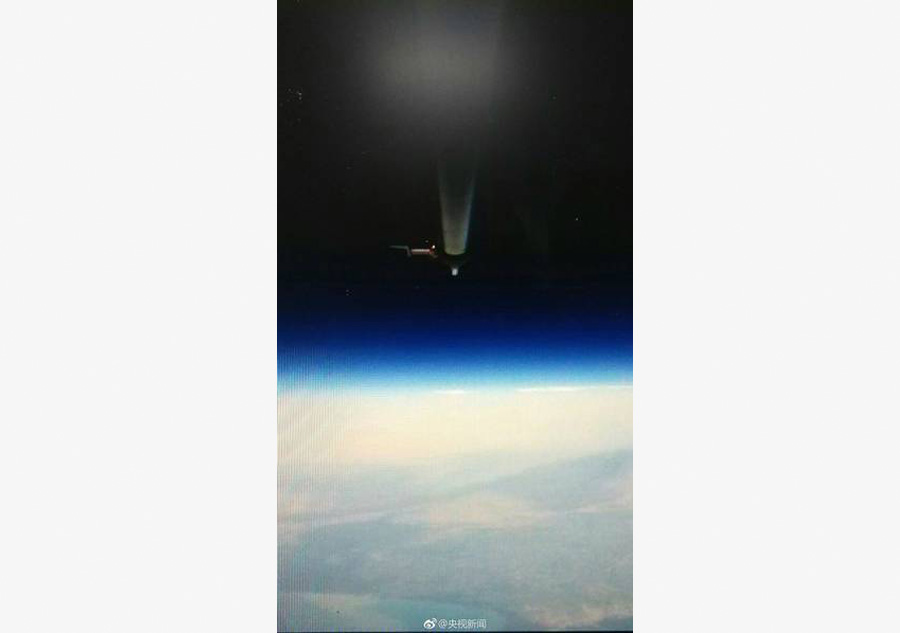 "With the development of the CH UAV, new technologies and products such as graphene-related materials, advanced solar cells and innovative energy storage methods will also be developed and these will further promote China's aviation industry," Shi said.

According to the project plan, the CH UAV will perform as a "quasi-satellite" in the future, being able to supplant some functions of telecommunication satellites in providing data relay services.

It is also expected to be used as "an airborne mobile Wi-Fi hub" to provide convenient mobile telecommunication and Internet access for remote areas and islands, saving the huge construction and maintenance costs of traditional communication means.

According to Shi, the UAV will also be capable of forestry and agricultural surveying as well as early warning and real-time monitoring of disasters.

"In earthquake, flood or forest fire situations where telecommunications are cut off, such vehicles may provide services to maintain communication with the affected areas," Shi said.