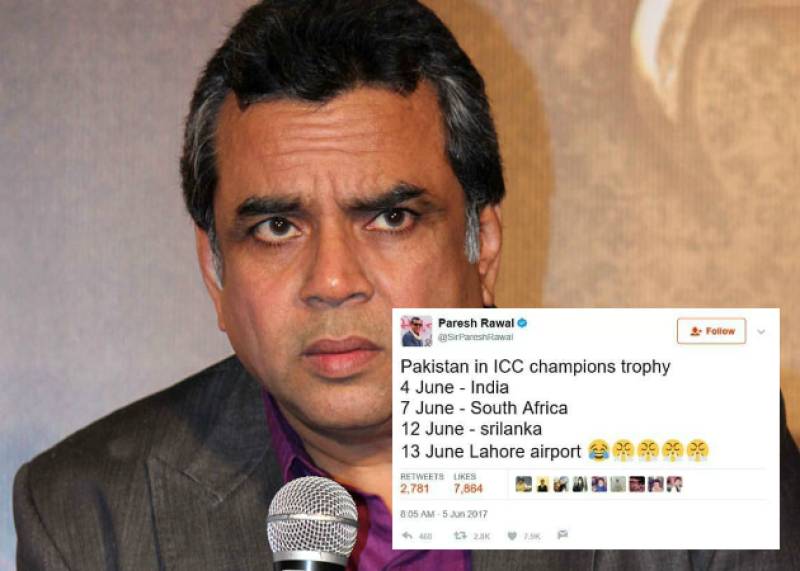 Apparently embarrassed, the actor was forced to delete the tweet after the twitteratis began trolling him for predicting the team's defeat incorrectly. Rawal had sarcastically remarked that Pakistan's cricket team would have to leave for Lahore airport on June 13. 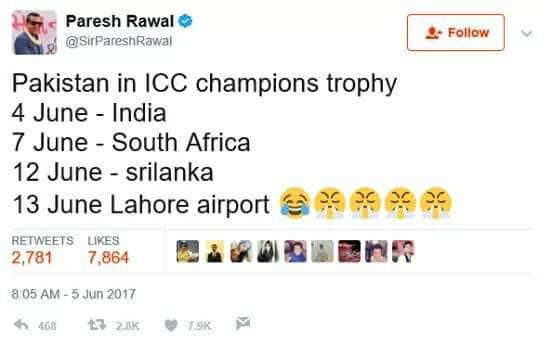 Social media was abuzz with the screenshots of the deleted tweet as people began to take jibes at the actor for his jingoistic prediction that proved false.

We rescheduled. Fuck you. https://t.co/q5RNfos9CI

INSHALLAH just like Paresh Rawal deleted his tweet after Pakistan's victory, that Pishi Kapoor will do the same 😂

The Green Shirts tremendous win ensures a final berth in the mega event where they await the winner of the second semi-final between India and Bangladesh at Edgbaston on Thursday (tomorrow).

This is not the first that Paresh Rawal has had to eat his words. Last month, the actor was forced to delete his tweet by Twitter itself after he had posted a jingoistic tirade against the writer Arundhati Roy. He was immediately slammed by people - including celebrities - for stooping so down to tarnish his own reputation in the industry. The actor is also affiliated with the ruling party, BJP.