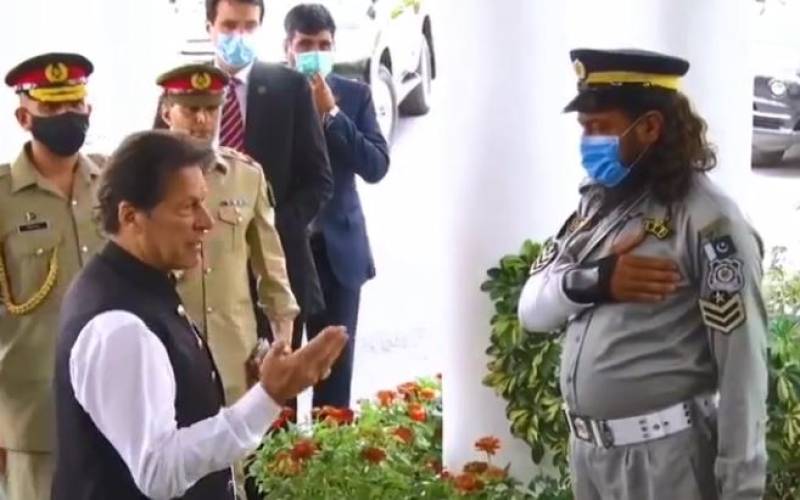 ISLAMABAD – Prime Minister Imran Khan on Monday praised an official of Islamabad traffic police for his dedication to duty despite having a broken arm.

The premier called Head Constable Qaiser Shakeel to his office for a meeting after a video showed him performing duty with a broken arm. The video went viral on social media and Qaiser was praised generously by social media users.

In the video, PM Khan can be heard praising the policeman. He said such a commendable act by a single person lifts the image of the entire department.

Khan also announced a cash reward for the head constable.

ISLAMABAD – Prime Minister’s House has so far saved Rs 1.08 billion under the ongoing austerity drive in ...