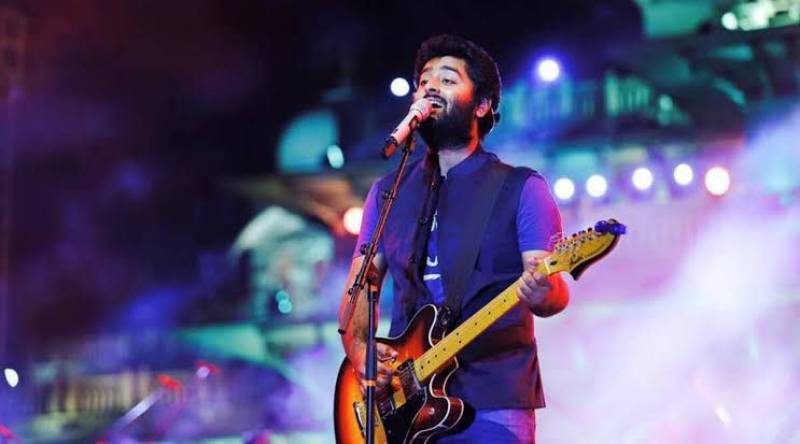 Popular Indian singer Arijit Singh, who has many heart-touching songs under his belt, recently rejoiced fans from this side of the border with his heartwarming interaction with a Pakistani fan.

The 35-year-old singer hit the stage for his Toronto concert over the weekend where he left the audience swooning over his melodious vocals.

A video from the show has been making rounds on social media in which Singh has the sweetest interaction with a Pakistani fan proving that art surely has no boundaries.

Moreover, Arjit Singh is not new to expressing his love toward Pakistani musicians as the Tum Hi Ho singer expressed his concerns about the singers being banned in his country.

LAHORE - Wow, our ears are in pure bliss at the moment as we listen to a painter singing Arjit Singh's Humari Adhoori ...