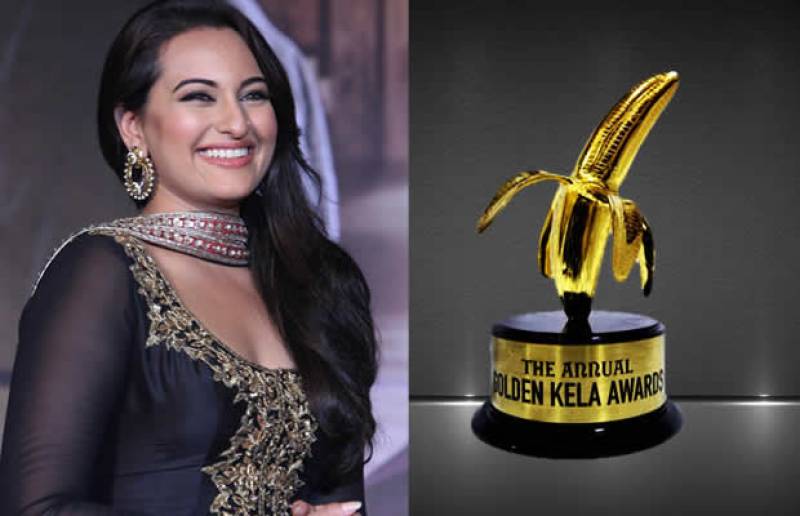 Golden Kela Awards is an Indian version of Golden Raspberry Awards and honours the worst in Bollywood in a lighter vein.

Sonakshi won the title last year for "R...Rajkumar" and in 2013 for everything she did.