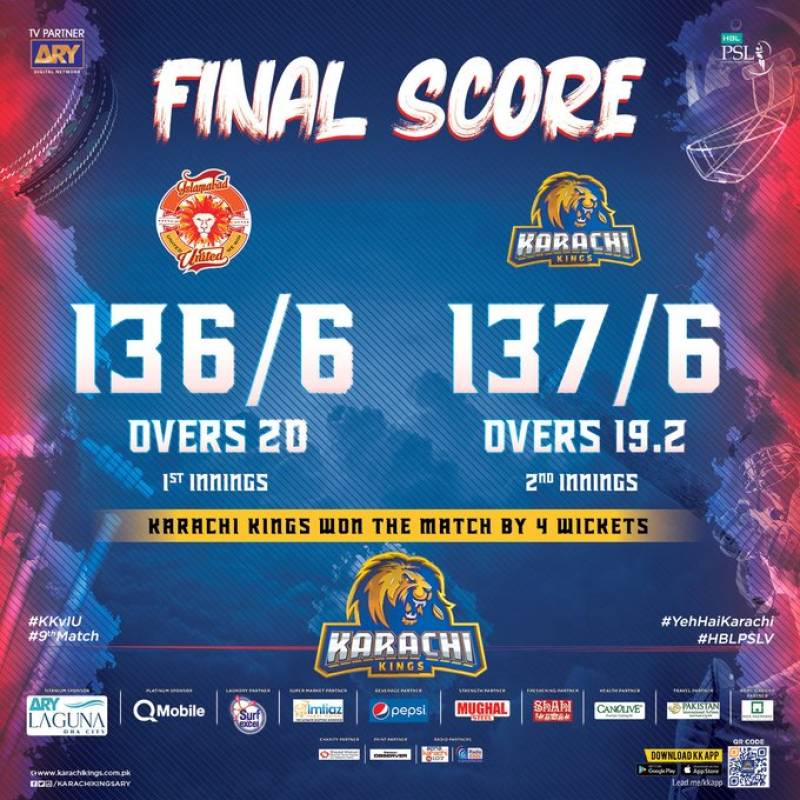 KARACHI – Karachi Kings secured another victory in this year's Pakistan Super League after they defeated Islamabad United in home ground on Saturday.

Earlier, The Pakistan Cricket Board has decided to cut short the ongoing PSL 2020 in view of Coronavirus pandemic.

According to the press release issued by the PCB, the PSL will be reduced by four days and there will now be 33 matches as opposed to 34.

Following advice from the Punjab Government, the Pakistan Cricket Board (PCB) decided the final-leg matches of the HBL Pakistan Super League 2020 in Lahore will be played behind closed doors.

The decision will not impact accredited commercial partners, media and other service providers, who will be allowed to enter the Gaddafi Stadium.

In addition, immediate families of the competing players and player support personnel, as well as franchise owners, will be allowed to attend matches.

As was the case for Karachi matches, the PCB has taken this step as a precaution and to better protect the health and safety of all those involved in the matches.