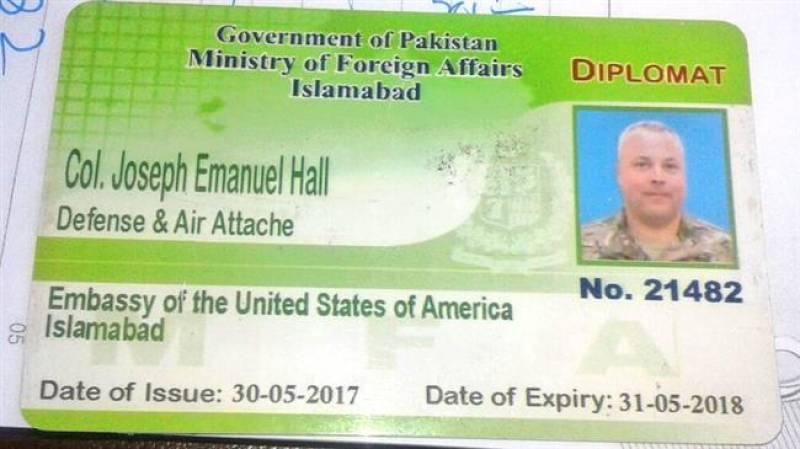 On April 7, Colonel Joseph Emanuel Hall ran a red light and rammed into a motorcycle killing a Pakistani civilian. He was let go by police officials in Islamabad after the accident as the law — Vienna Convention on Diplomatic Relations, 1961 — provided the diplomat immunity from criminal prosecution.

According to sources, the local police has handed over all record related to Colonel Hall to US officials.

Hall is a certified envoy who enjoys diplomatic immunity, the sources added. Pakistan's criminal, civil, and administrative laws are not applicable to the US envoy.

The US government had refused to exempt Joseph from the diplomatic immunity, said sources.

Earlier on Saturday, a United Airforce C130 aeroplane had returned from the Nur Khan Airbase in Rawalpindi without the diplomat as the Interior Ministry refused to issue him a No Objection Certificate (NOC), sources had informed the news channel.

The Islamabad High Court on May 11, on a petition filed by the deceased's father, had ruled that the US diplomat does not have absolute immunity in the country.