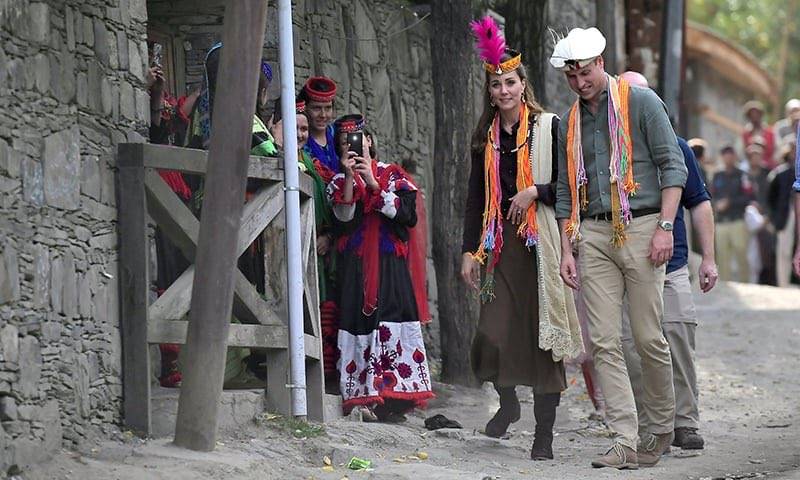 CHITRAL – The Duke and Duchess of Cambridge, Prince William and Kate Middleton, on the third day of their tour of Pakistan, have landed in the country's northern area of Chitral to explore the natural beauty marked by the magnificent peaks of Hindukush.

On their arrival at Chitral airport via a helicopter, the British royals were presented traditional embroidered robes and regimental headgear of Chitral Scouts with a distinctive feather plume. 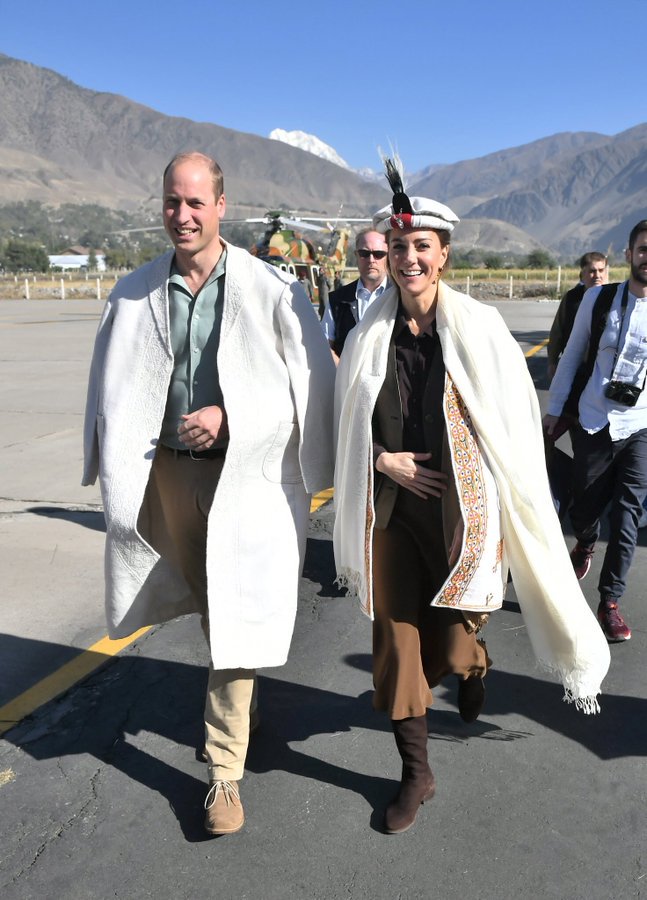 An album of photographs commemorating Princess Diana's visit of 1991 was also gifted to the royal couple.

The duo was flown to the Chiatibo Glacier in Broghil valley to witness the devastating effects of climate change and also the impact of flash flooding on local villages in Chitral valley.

Isolated communities in the area have suffered from flash flooding in recent years as a result of the glaciers melting. 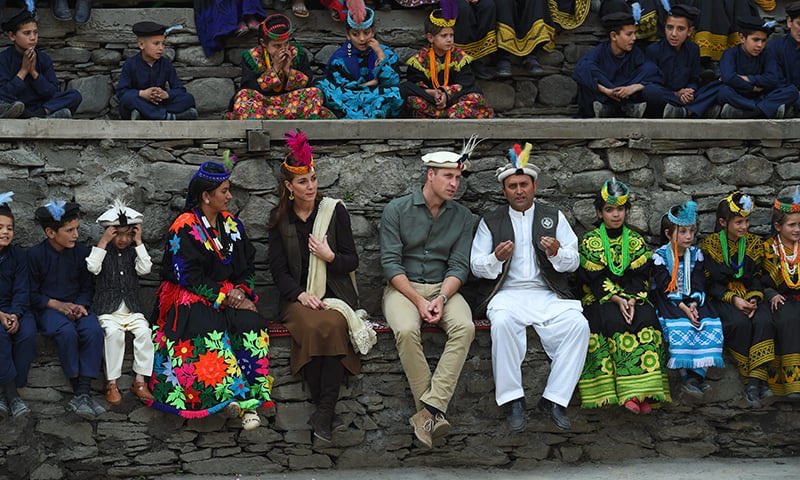 Later, the British prince and his wife paid a visit to Kalash village.

Earlier on Tuesday, the duke used a speech at the historic Pakistan Monument to draw attention to "spectacular" glaciers melting in the area, which are melting away. "Tomorrow we will be seeing some of these impacts first hand and meeting some of the communities adjusting to the new realities and new challenges that climate change has brought to their towns and villages," William told a reception.

"I hope to learn what more we all can do to help prevent and mitigate this impending global catastrophe."