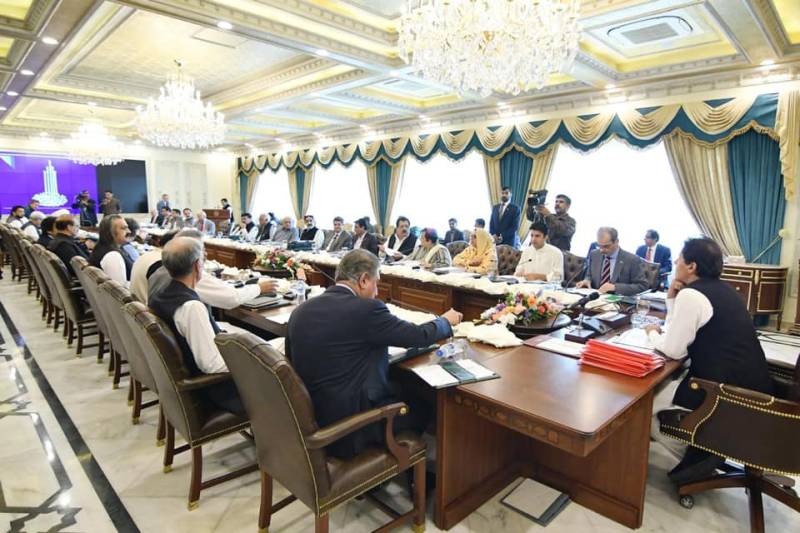 ISLAMABAD - The federal cabinet met under the chair of Prime Minister Imran Khan on Tuesday and approved the tax amnesty scheme after due deliberation.

"We have tried to make this scheme very easy to understand and execute," the adviser said, adding that the scheme has realistic targets with low rates.

Sheikh continued that under the scheme, assets within the country and abroad can be whitened after paying a certain amount.

He detailed that a rate of 4 percent will be charged for whitening money and the cash will have to be brought into Pakistan to be kept in banks.

For individuals desiring to keep their money abroad, a rate of 6pc will be charged, Sheikh announced.

'We have fetched details about 1.5 lac accounts in 28 countries,' the advisor said and added that both offshore and assets within the country could be declared under the scheme.

The advisor asserted that the scheme was intended to strengthen the economy, instead of collecting revenue.

Responding to a query, Dr Shaikh said the recent IMF programme is in favour of the country saying, those who are opposing the IMF programme are the ones who had already done the same.

He said actions such as reducing the deficit between imports and exports, slashing losses of state-owned enterprises and curtailing expenditure are in favour of the country.

Dr Shaikh said some individuals were apprehensive that the electricity tariff will be increased under the IMF bailout clarifying that if that is done, those who consume less than 300 units will not be affected.

He highlighted that Pakistan goes to the IMF again and again because it fails to increase its exports and foreigners remain reluctant to invest in the country besides other obstacles.

The advisor announced that the budget for next fiscal year would be presented on June 10th or the following day.

Earlier, the cabinet debated proposed measures to control prices of essential commodities amid rising inflation as well as the $6 billion bailout package agreed upon with the International Monetary Fund.

The tax amnesty scheme was opposed by Pakistan Tehreek-e-Insaf before assuming power, however, the former finance minister Asad Umar had expressed that the government would have to introduce that though with changes as compared to the preceding schemes.

In a previous meeting of the cabinet, the scheme was not approved with the lawmakers calling for giving a second thought to the idea.