Titanic replica set to open in China for tourists 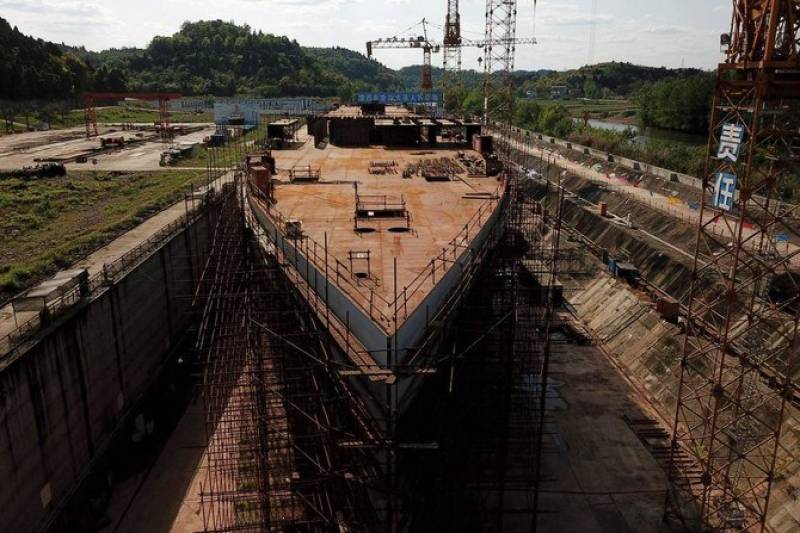 SUINING – The remake of Titanic is set to open its doors for tourists in Chian, more than a century after the real one sank during his maiden voyage in the Atlantic.

The ship with the same size as the original Titanic, hence 269 meters in length and 28 meters wide, will be docked at a landlocked Chinese theme park where tourists can soon spent a night.

The lead financier of the project decided to recreate the Titanic after he was inspired by 1997 box office hit of the same name.

The original luxury vessel, which was termed “unsinkable” by its owners, sank into the depths of the Atlantic in 1912 after striking an iceberg, claiming lives of more than 1,500 people.

Investor Su Shaojun hopes that the replica will keep the memory of Titanic alive, adding that the cruise liner will be here in 100 or 200 years.

The project that costs around $153.5 million houses luxury cabins, dinning rooms and other facilities.

The Titanic replica will be main attraction at Sichuan province theme park more than 1,000 kilometers (620 miles) from the sea.

SU said that it costs up to 2,000 yuan (around $150) to spend one night on it, adding that a functioning steam engine placed in the boat will give a feeling to guests that it is ferrying in sea.

The developers have planned to invite “Jack, Rose and James Cameron to the inauguration ceremony in order to attract investors.