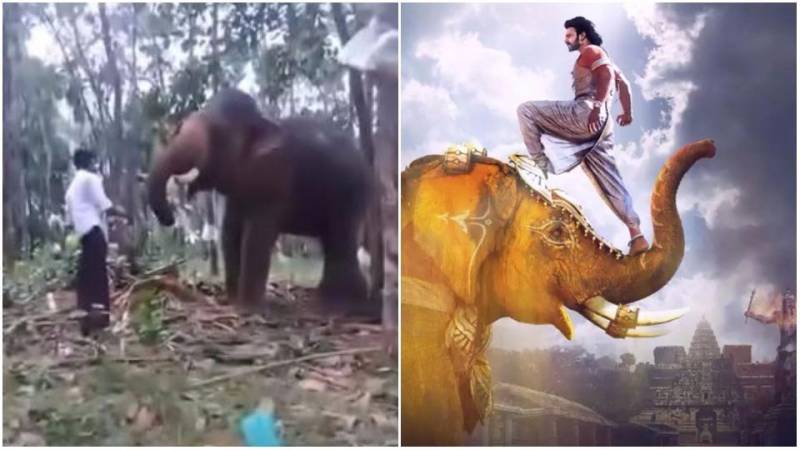 KERALA - In a viral video that surfaced on November 13, a fan of the blockbuster film Baahubali 2 is seen trying to imitate the scene where Prabhas is seen posing courageously atop an elephant. It is part of Amarendra Baahubali’s introductory scene in the film.

According to a report, the fan went live from his Facebook account, and the incident occurred on November 13 at 3 pm. In the video, he is seen approached the elephant and feeding it bananas. Then he seems to hold a conversation with the elephant, and everything looks just fine.

As he tries to hold the animal’s tusk to climb on it, the elephant flings him away. A few seconds later, we see the man lying crumpled 10 feet away. The video was reportedly shot in Thodupuzha, Idukki district in Kerala. In the background, we also hear another man warning the fan that he shouldn’t approach the elephant as he is drunk. He says repeatedly, “Don’t go, the elephant will get mad.”

The video was taken down from Facebook. The man, Jinu John, is reportedly admitted in the hospital for treatment.

'Pathan' gears up for stunt on Burj Khalifa