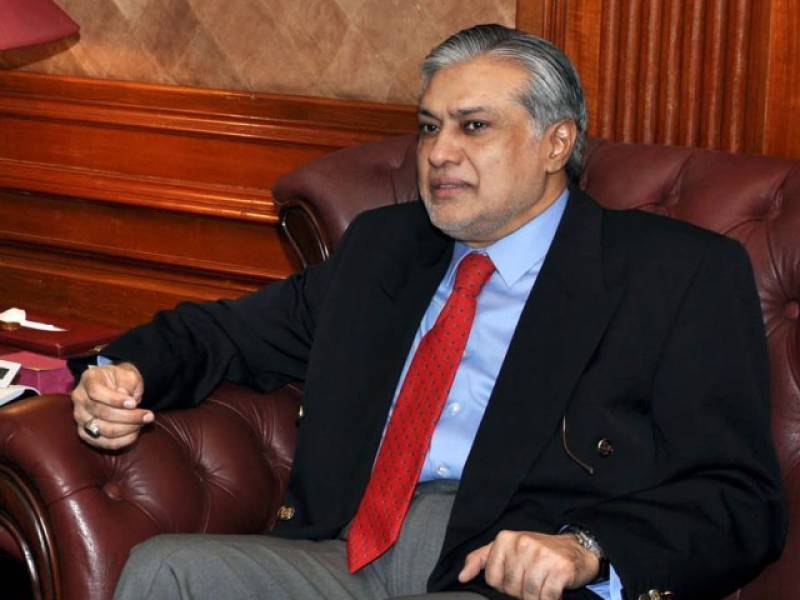 ISLAMABAD (Web Desk) - International Monetary Fund (IMF) Mission chief to Pakistan Herald Finger has denied the reports that IMF had given Ishaq Dar as "Finance Minister of the year 2016 for South Asia award" .

Addressing newsmen via video link on Thursday, Herald Finger clarified that the organisation had no link with the magazine who gave the Award to Pakistan's Finance Minister Ishaq Dar.

“The IMF is not involved with the Emerging Markets publication,” said Wafa Amr, IMF’s Washington-based media contact person for Pakistan, who was also present at the occasion.

What adds insult to the injury of finance ministry is that the latest edition of the magazine show that five Pakistani state-owned enterprises funded the Emerging Markets edition that carried a supplement on Pakistan.

It is worth mentioning here that the finance ministry released a communiqué on 8 October in which it stated that Emerging Markets, the newspaper of the IMF / World Bank Annual Meeting, had declared Senator Ishaq Dar as "Finance Minister of 2016 for South Asia".

"The Award is recognition of Pakistan's economic performance at the IMF / World Bank Annual Meeting which is one of the major gatherings of international financial and economic leaders and experts. The finance minister has authorised Pakistan's Ambassador to the United States, Ambassador Jalil Abbas Jilani, to receive the award on his behalf." the press release of the ministry read.

Following the news, country’s top dignitaries rushed to congratulate Dar for recognition of his services by the international organisation. Even Prime Minister Nawaz Sharif felicitated his colleague for the achievement.

However, the clarification by the IMF official finally cleared the air that the magazine honouring Dar was not linked to the International monetary Fund in any way.