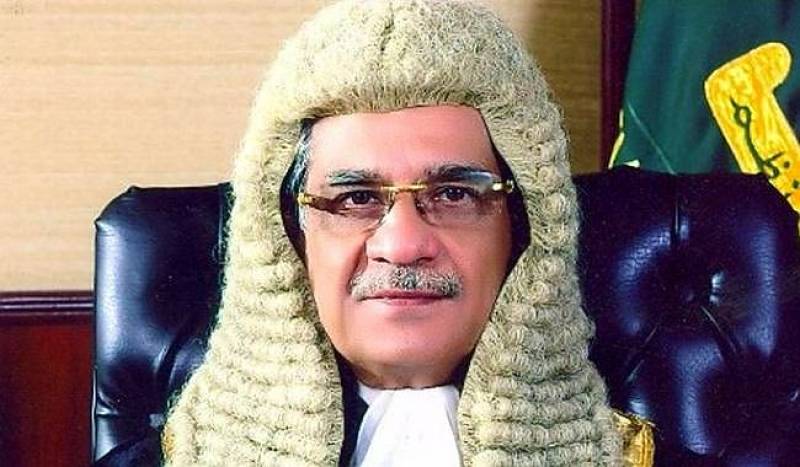 LAHORE - The Women’s Action Forum (WAF) on Sunday filed a reference before the Supreme Judicial Council (SJC) against Chief Justice of Pakistan (CJP) Mian Saqib Nisar for his remarks and actions that are unbecoming of a judge.

In a statement, the Forum noted that one of the core reasons for the collapse of state function in Pakistan has been the inability and unwillingness of state pillars to remain committed to remain committed or to fulfil their direct obligations. “Delusions of grandeur have led the military and judiciary to repeatedly violate the principle of separation of powers,” the WAF said.

“For these reasons, the Women’s Action Forum and prominent members of civil society are filing this reference against Chief Justice of Pakistan Mian Saqib Nisar, who has through his remarks and actions indulged in conduct unbecoming of a judge, politicised the judiciary violated the principles of separation of powers, and demonstrated negligence and inability to adjudicate in any independent, neutral, non-partisan and impartial manner,” said the statement. 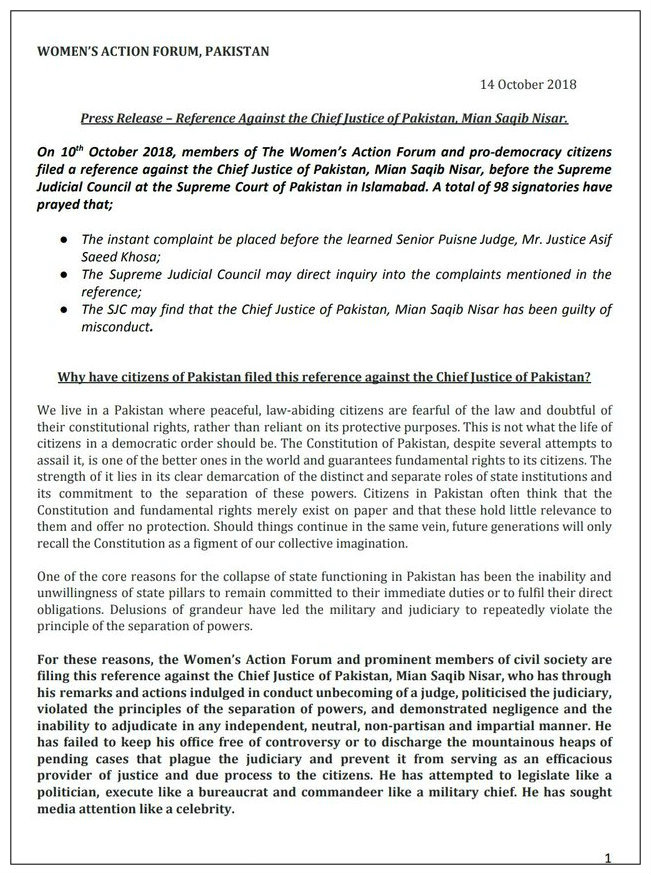 “He [Justice Saqib Nisar] has failed to keep his office free of controversy or to discharge the mountainous heaps of pending cases that plague the judiciary and prevent it from serving as an efficacious provider of justice and due process to the citizens,” it added. 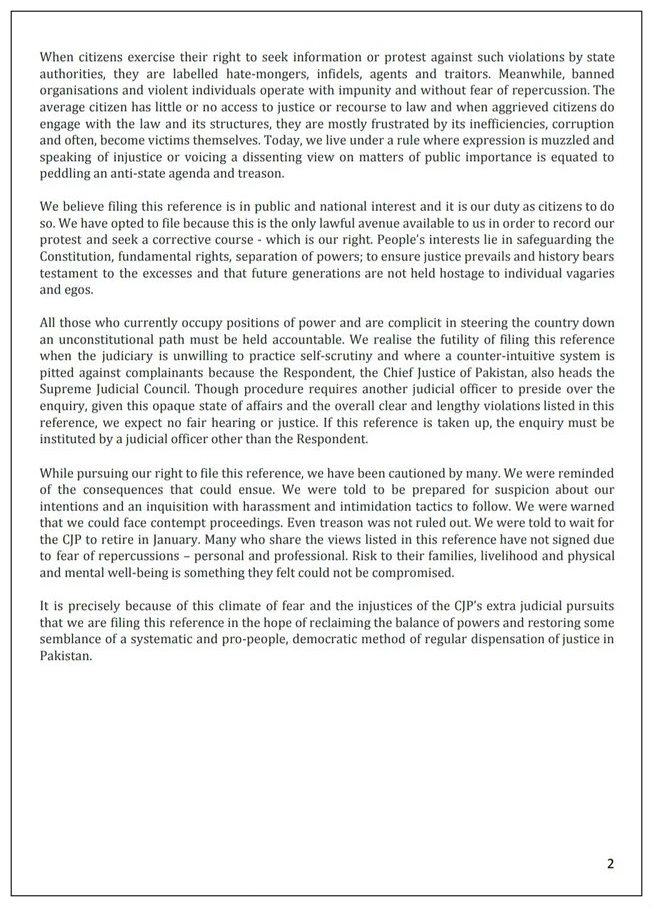 The Forum further alleged that the CJP has “attempted to legislate like a politician, execute like a bureaucrat and commandeer like an army chief”, adding that the top judge has sought media attention like a celebrity.

The statement urged the SJC to inquire the complaints mentioned in the reference against the country’s top judge.

Mian Saqib Nisar is due to retire in January 2019.

The Women’s Action Forum (WAF) was founded in September 1981, as a pressure group to struggle against dictatorship, religious discrimination, for the restoration of democracy, and to promote the rights of women, religious minorities and the economically disadvantaged.

WAF is a non­funded, non­partisan, secular organisation that believes that women’s rights are human rights, and that all citizens must be treated with equality regardless of sex, class, creed, sect, ethnicity, and faith.