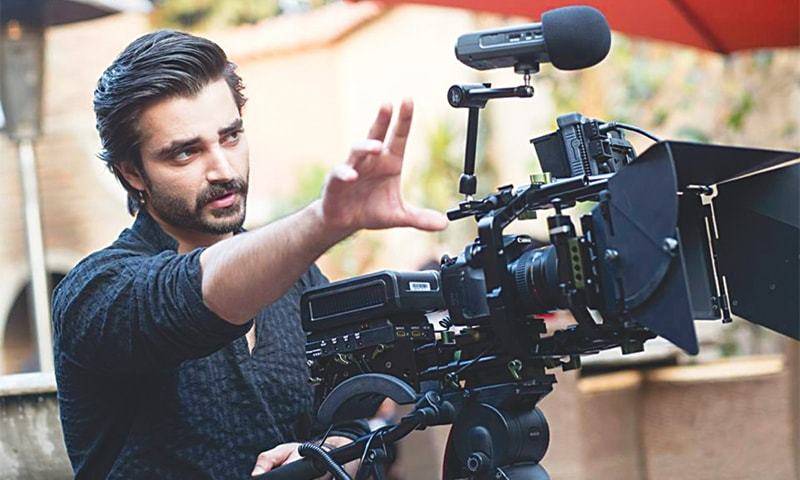 LAHORE - Pakistani TV star Hamza Ali Abbasi has left his fans and followers in curiosity after an interesting tweet on Saturday.

The newly married star had made an announcement of ‘concluding a journey spanning over a decade’, without specifying what the subject of discussion really is.

“A journey of more than a decade comes to an end. I have a very important announcement to make at the end of this month. Will hope my voice reaches many. Will be off social media till the end of Oct.,” he said on Twitter.

A journey of more than a decade comes to an end. I have a very important announcement to make at the end of this month. Will hope my voice reaches many. Will be off social media till end of Oct.

Let's have a look at some of the reactions to the Alif's star post:

By social media you may become a reason for change in society......but never leave pti..

Hamzaaa!! OMG you're making me emotional. 😭😭
If it's about leaving acting, we're going to miss you so much.
Wishing you lots and lots of happiness. Take care.

Earlier in 2013, Hamza Ali Abbasi had given superb performances in movies like Waar and Main Hoon Shahid Afridi, his first appearance was in short film, The Glorious Resolve (2010). That means his acting career is almost a decade long, which the actor hinted towards.

Also, the audience is in awe with Hamza’s recent performance and on-screen pairing with Sajal Aly in Alif. His character opposite Maya Ali in critically acclaimed Mann Mayal made him a household name.

Whereas, through this cryptic post, the star has surely left us all puzzled and it looks like we’ll just have to wait for the end of October to hear it.

LAHORE- Hamza Ali Abbasi appreciated his wife Naimal Khawar Abbasi's artistic capabilities and we are in awe! In a ...