Steve Harvey to grace SIBF 2019 as Principal Guest of Honour 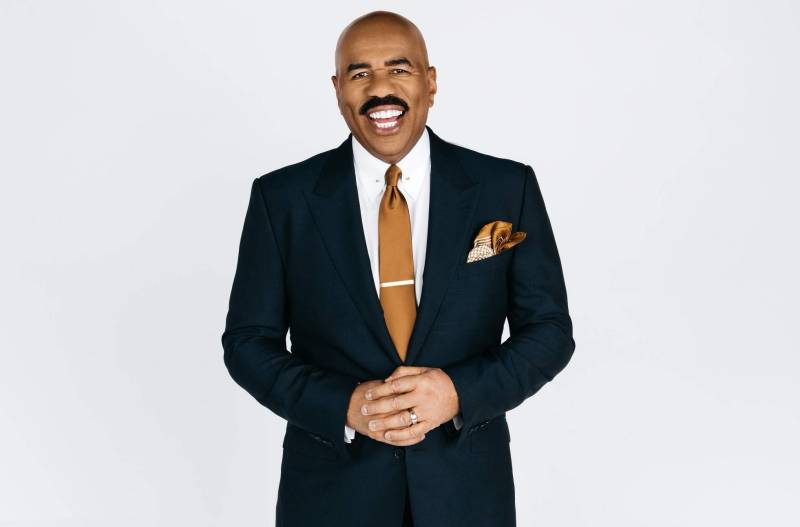 Harvey would be enlightening the audience during the Sharjah Expo Centre event scheduled to take place from Oct 30 – Nov 9.

Termed as “the busiest man in Hollywood,” the entertainer, businessman, philanthropist, and New York Times best-selling author will be seen engaging with the UAE’s children and youth on the second day of the fair, October 31.

Emmy® Award-winning entertainer will be sharing with the audience his inspiring journey of becoming one of the most accomplished public figures in the world.  The books of the award-winning motivational speaker will be available for purchase during SBIF; 200 are autographed copies.

HE Ahmed bin Rakkad Al Ameri, the SBA Chairman said: “We look forward to receiving Steve Harvey in Sharjah, and are delighted to bring to the UAE’s audience one of the most inspiring voices of our times. As the World Book Capital 2019, we are bolstering a variety of efforts to unite the UAE’s 200 nationalities, especially children and youth, through books and by learning from the diverse experiences of people around the world. Harvey’s participation as Principal Guest of Honour adds significant value to the fair’s offerings this year. His fascinating anecdotes and wit will surely charm our visitors.”

Commenting on his participation, Steve Harvey said: “I’m honored to be at SIBF 2019, surrounded by such incredible authors and readers. This important international book fair, and the many events surrounding it, provide a positive, diverse learning environment and a place where people can connect to pursue their passions and interests. I look forward to be surrounded by the creativity and inspiration of one of my great passions, literature.

Harvey began his career doing stand-up comedy in the mid-1980s. His success as a comedian eventually led to a long stint as host of It’s Showtime at the Apollo, as well as various acting, hosting, writing and producing roles. His entertainment credits include the extremely popular Kings of Comedy and Think Like a Man. Harvey’s success has resulted in one of the most prolific brands in Hollywood.

In 2017, he launched Steve Harvey Global (SHG), uniting his various businesses under one roof and one vision. Reflective of his personal brand, SHG is focused on creating and delivering entertaining and motivational content, products and experiences to audiences around the world. Harvey’s philanthropic efforts, which include mentoring camps for boys and girls, are achieved through the Steve and Marjorie Harvey Foundation.