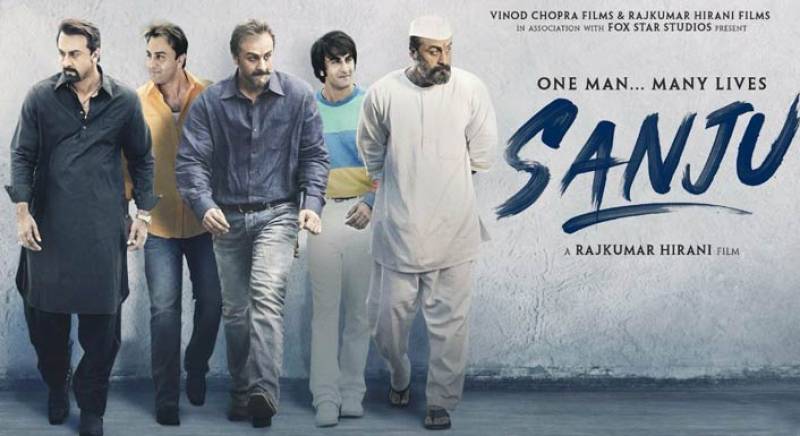 MUMBAI - Bollywood's known director Rajkumar Hirani admitted that he shot additional portions for  Sanju starring Ranbir Kapoor to create empathy for the actor after people “hated” him in the test screenings.

Hirani shared the initial edit featured the actor’s story as it was and was not liked by people, propelling him to make some changes.

“During the shoot, I felt ‘What am I doing, I’m going wrong.’ In fact, when the first edit was ready and we screened it, people hated him. They said we don’t like this man, we don’t want to watch him,” he said while speaking at the Indian Film and TV Directors Association’s (IFTDA) special masterclass this week.

The filmmaker further shared that “Because I wanted to do a true story, I didn’t create any empathy towards him. I said lets not create empathy and show (him) as he is. But later I understood that he is our hero, we need some empathy for him,".

“The scene where he tries to kill himself after the verdict is out; which he had mentioned to me but we didn’t put in the film, I shot it later. It was not in the original script. I thought that maybe this will invoke some sympathy in the users.

Hirani further shared that said Dutt’s story was so vast, anyone could have picked an event of his life and made a standalone film. The director feels filmmaker Anurag Kashyap, for instance, would have made a great  Sanju.

“Everyone views the story through their own perspective. Someone would’ve made Sanju only on the chapter of how he acquired the gun, destroyed it, and then the case.

It could have been a film of its own. But I thought everyone knew this. The father-son equation interested me more,” remarked the award-winning director.

Hirani further says that he is aware of the criticism that film never questions Dutt’s intentions as each time it was either with good intentions that the bad choices were made or he was a victim of a certain pressure.

“He goes and sleeps with his best friend’s girlfriend but there isn’t any reason. Their friendship was almost jeopardised… The other scene where he puts the commode seat on a girl he wants to marry, I am not defending that! It’s a terrible actor,” he continued.

“My perception of Sanju was that he has done so many weird things but he is not a bad man… I felt he had an innocence, he is naughty but he doesn’t harm anyone. He didn’t pick up the gun, scare people or fired a shot. He made a mistake,” he added, dismissing once again the criticism that he has “whitewashed” Dutt’s life.

The filmmaker emphasized saying " I am not defending the man but myself and the film. He kept a gun, destroyed it too, lied to his father and was arrested. I showed it all, his drug phase and the way he treated people. So where have I whitewashed?”

Have you watched Sanju yet? Did you feel the same? Do let us know.