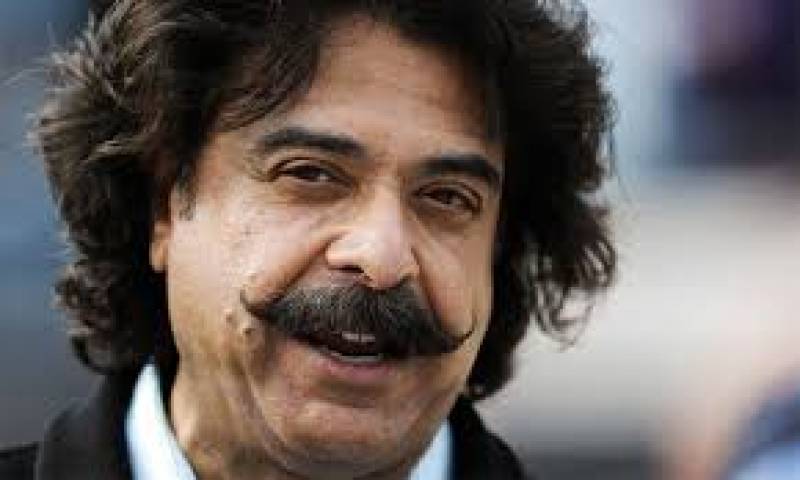 He would ask his friend Khawar Baloch, who was also a motorcycle racer, for the money.

Most of us only know that the 66th richest man in the United States in 2020 is Pakistani-American Shahid Khan. Several people also know that Shahid Khan’s net worth is $7.6 billion. It has also been reported several times that when immigrated to the US from Lahore at age 16 in 1968, he had only $500. The Forbes published the list of US richest people in 2020, and of the Amazon founder and CEO Jeff Bezos is number one for the third year in a row, followed by Microsoft founder Bill Gates at number two.

I wrote a piece in Dawn newspaper in 2012 titled Lahore-born entrepreneur among US richest people. Then, Shahid Khan, the owner of auto parts supplier Flex-N-Gate and the Jacksonville Jaguars, ranked 179th on the Forbes 400 with an estimated net worth of $2.5 billion. In 2020, he has improved his fortune to $7.6bn and has gone up the ladder to the 66th.

My interest in Shahid Khan developed after I read about him in News-Press, a Gannet newspaper being published in Fort Myers, Florida, where I worked during a US-Pakistan Journalists Exchange Programme in 2011. After its publication, Khawar Baloch, a childhood buddy of Shahid Khan, contacted me and shared certain details about the billionaire sports buff.

“I met Shahid Khan in 1966 when our family lived in Krishan Nagar, while Shahid Khan’s father house was in Gulberg’s P block. His father’s name was Rafique Khan, and their old Gulberg house still holds nameplate of Rafique Khan. Rafique Khan was the veteran of multiple marriages.

“His mother was a mathematics teacher in the Government College for Women (now the Government College for Women’s University), while his father had a shop of the survey and drawing accessories in Anarkali. The shop is still intact and his cousin is running the shop. Shahid Khan had another brother – Tariq Rafique Khan. He matriculated from the Aligarh Public School. He died when he was in his early 20s.

“Shahid Khan was a four-year senior to me. He was a student of St. Anthony School on Lawrence Road, while I studied in Muslim Model High School on Lower Mall. After the school, he would come to me on his motorbike,” he recalls. Those were the days when a few people had fuel-powered vehicles in the city. 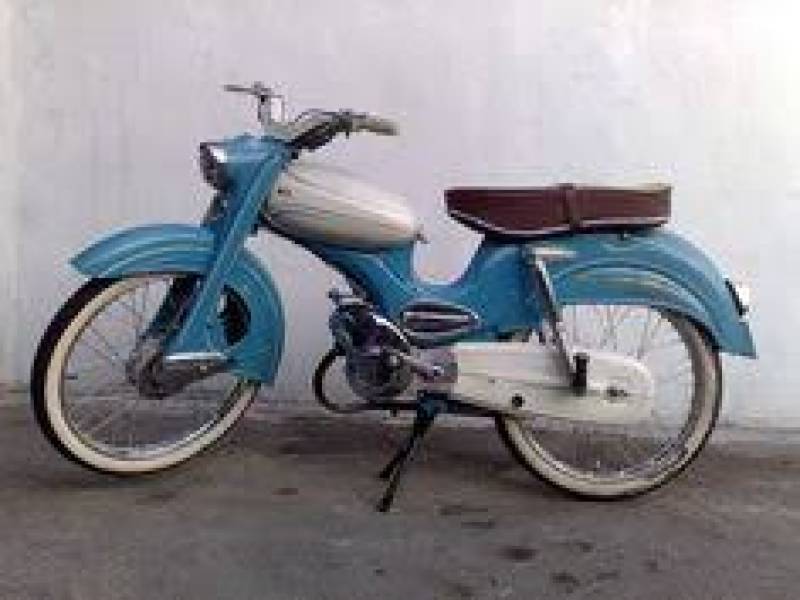 The 50 CC motorcycle of Shahid Khan was the US made. It could run on petrol and when fuel dried up, it could be driven as a pedal-driven bicycle. 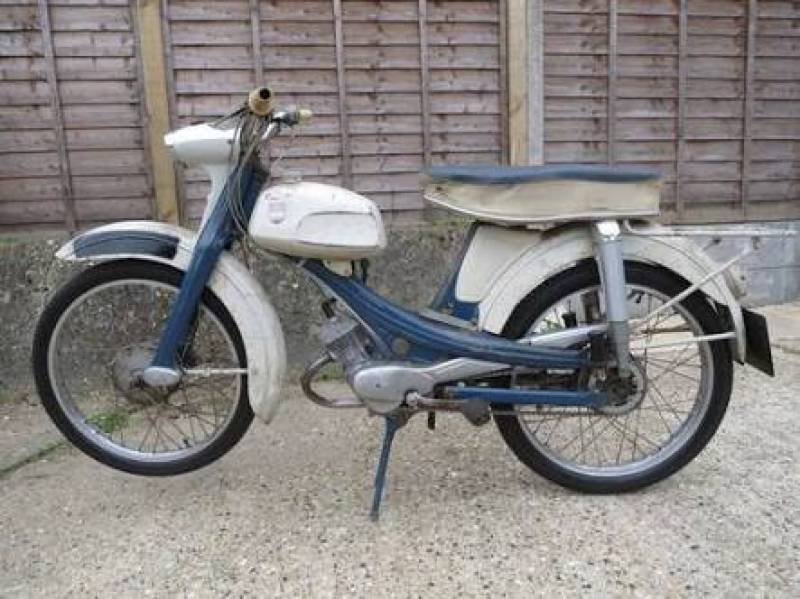 Such kind of bikes is now not available.

Shahid Khan and Khawar Baloch would ride their bikes on Canal Road and other city roads and would chat for hours.

Khawar remembers several races which they had those days. One of them was from Jail Road to Jallu on Canal Road.

“Those days, he used to say that I want to go to America for studies and for that I need Rs1,200,” remembers Khawar Baloch.

Considering less inflation in those times, the sum looked enormous.

“His plans looked odd to me. America was not a familiar name those days. A foreign journey would be only undertaken to vilayat, which means England. Pakistan being a former colony of the British Raj had connections whereas America used to be a foreign name those days,” Khawar says.

Khawar could not help Shahid Khan with cash. 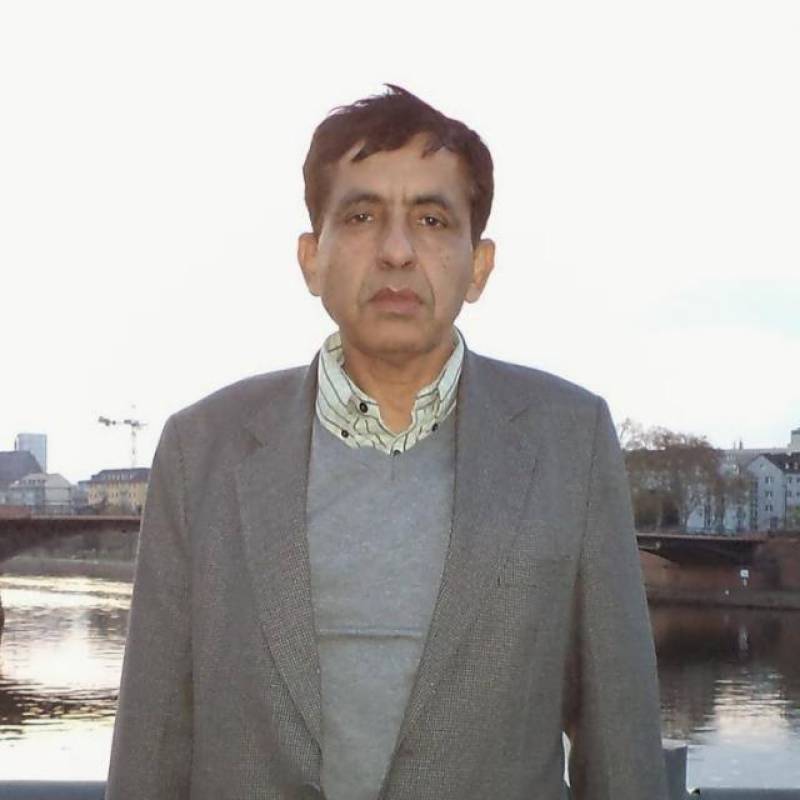 One day, Shahid Khan disappeared. Khawar soon went to college and later on to Canada in 1976. He did not hear about Shahid Khan until 2010.

On the other hand, Shahd Khan moved to the US in 1968 with $500 in his pocket and a great determination for success in his mind. About his early days in the US, the magazine quoted Mr khan as saying that he spent his first night in a $2 per night room at the Champaign YMCA. His first job in the US was washing dishes for $1.20 an hour. He graduated from the UIUC School of Mechanical and Industrial Engineering with a BSc in 1971.

He proved to be a successful entrepreneur when after his university education, Mr Khan invented a new truck bumper design that shaved weight off for fuel-efficiency considerations. He never looked back and soon built his company with his $16,000 saving and a bank loan. Soon he developed the company into a $3.4 billion manufacturing juggernaut that supplied the biggest automakers in the world.

Nine months ago, he bought the Jaguars, fulfilling a longtime dream to own an NFL franchise.

Now, Mr Khan is focusing on giving back to his adopted country. He donated $10 million in 2011 to the University of Illinois at Urbana-Champaign.

Back in Lahore, a very few people are aware of Mr Khan’s place on the Forbes list of the 400 billionaires.

“I only know that he is a Pakistani and he has purchased a football team in the US,” said Fawad Asghar, a sports journalist.

According to Muhammad Imran, a business graduate, Mr Khan is a perfect example of brain drain for Pakistanis, and proof of the American dream. He said Mr Khan was giving back to the Americans since the US gave him a lot.

“Pakistan offers opportunities to a few; scores of intelligent people with potential entrepreneur skills on Lahore streets can make to the Forbes list if they are given a chance,” he said.

He said though he too wanted to manufacture fuel-efficient bumpers, the big companies and his financial constraints would never let him fulfil his dream.

“That’s why I am just called Sheeda. I need a chance to be Shahid Khan,” he said.

In 2010, Khawar Baloch came to know about the whereabouts of his childhood friend.

He contacted Aziz Memon, co-founder of the Rotary Club and member of the Lions Club who has met Shahid Khan a couple of times to get donations. Mr Memon told him that Shahid Khan is hesitant to a caller from Pakistan. According to him, Shahid Khan donates $100,000 to 200,000 every year for polio control in Pakistan.

In 2019, Shahid Khan met Prime Minister Imran Khan in the US and expressed his desire to work on the improvement of sports infrastructure in the country of his birthplace. But for the dam fund, when the prime minister asked overseas Pakistan for donation, Shahid Khan donated just $1,000.

No one knows what Shahid Khan holds for Pakistan but his childhood buddy Khawar Baloch has fond memories of him and desires to him in person.