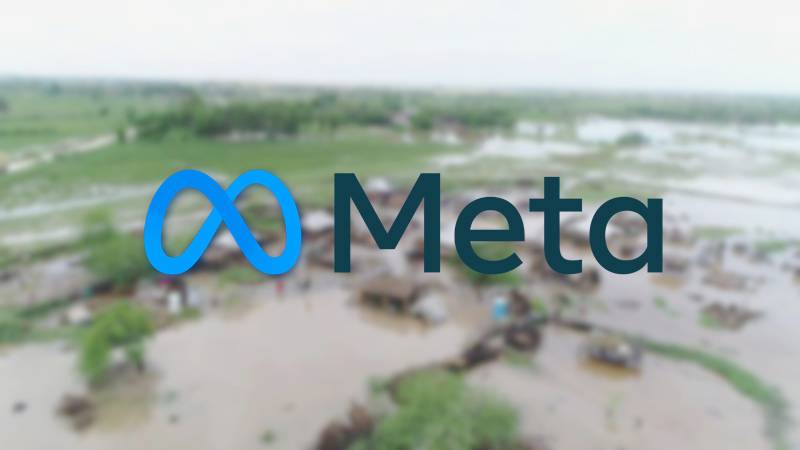 US Tech giant Meta Platforms has announced it will be donating Rs 125 million to support relief efforts after severe flooding in Pakistan.

Facebook's parent company announced donations as millions of people have been affected by the deadly floods in Pakistan with one-third of the country submerged.

In a press release, the company said the funds, which will be given to Unicef, HANDS, and Idara-e-Taleem-o-Aagahi (ITA), will support emergency aid, food, water, sanitation and help children get back to school.

Pakistan is going through one of the worst natural disasters we have seen to date. Millions of people are affected and the entire nation is rallying to support them during this difficult time, Meta’s Director for Emerging Markets for the Asia Pacific region Jordi Fornies said.

Our thoughts are with these communities and families as they try to recover, the press release said, adding safety check feature was activated on Facebook while a crisis page was set up so people could ask for and offer help using the ‘community help feature’.

Meta’s ‘Data for Good’ platform has also activated its disaster maps programme and is providing information to regional response partners.

It further added that communities across various Meta-owned platforms have raised more than a million dollars for non-profits supporting flood relief efforts while further avenues are explored to facilitate not just families in the devastated regions but also supporting NGOs and other causes in their efforts.

Earlier, leading search engine Google launched a global appeal, asking its billions of users across the globe to donate for flood relief efforts in Pakistan.