Bond gets UN's ‘licence to save’ 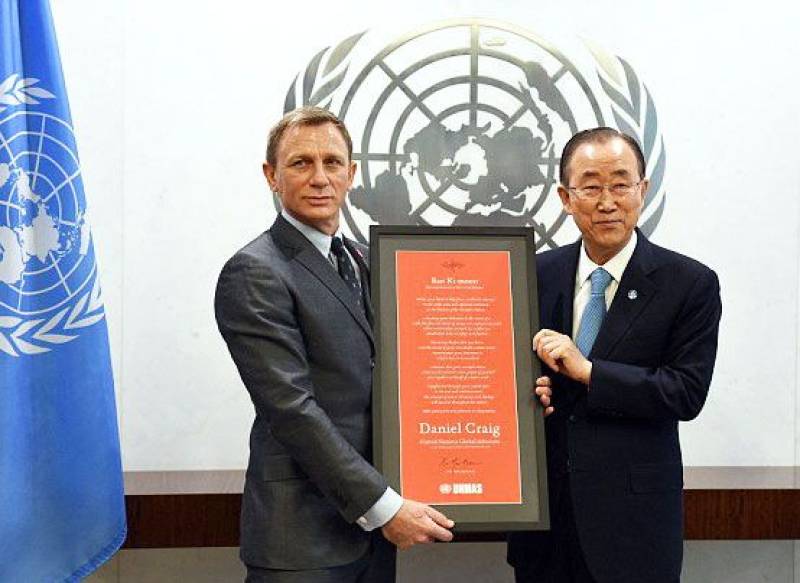 Craig, 47, will be the first global advocate for the elimination of mines and explosive hazards, which will include raising awareness for the UN Mine Action Service, according to the BBC.

In a short ceremony at UN Headquarters, UN Secretary-General Ban Ki-moon said Craig's star power could draw attention to the causes of mine destruction and mine awareness.

Craig said he was honoured by the appointment and said, "the use of improvised explosive devices in Iraq, Somalia and Mali; the widespread use of 'barrel bombs' in Syria and the land mine contamination in Cambodia, Colombia and Afghanistan must all be addressed simultaneously."

"I'm humbled that I will get the chance to work next to people who are risking their lives every day to help ordinary people live ordinary lives."

In 2014 alone, 400,000 mines and 2,000 tons of explosives were destroyed in compliance with the treaty, reported South Korean news agency Yonhap.

Craig will make his fourth appearance as James Bond in upcoming movie Spectre, to be released in the fall.

He recently received knee surgery for injuries that occurred during filming.