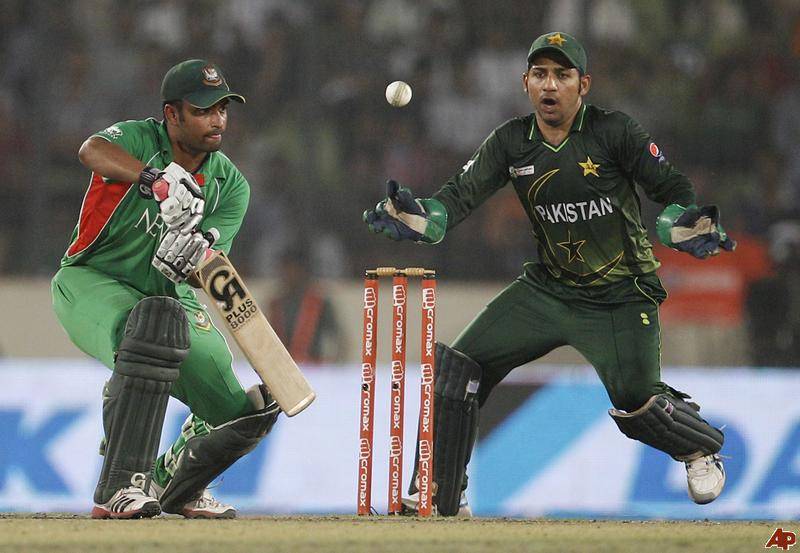 DUBAI (Web Desk) - International Cricket Council (ICC) on Wednesday announced that Pakistan must avoid a 3-0 series defeat against Bangladesh to maintain its seventh place in the ICC ODI Team Rankings when the two sides face off in the first of three ODIs, which starts in Mirpur on Friday.

Pakistan currently lies in seventh spot on 95 ratings points and has a chance to reduce England’s six point advantage by one point if it wins the series 3-0. A 2-1 victory would see Azhar Ali’s men remain on 95 points.

Bangladesh cannot move up the table irrespective of the result, but a 3-0 whitewash in its favour would see it move to 81 points. In that scenario, the West Indies would move level with Pakistan on 92 points, but the men from the Caribbean would hold a slender 0.13 point advantage.

A 2-1 win for Mashrafe Mortaza’s Bangladesh would see the hosts move up three points to 79. Although Pakistan would retain its seventh place position following that series scoreline, it would drop two points to 93.

Meanwhile, Mushfiqur Rahim of Bangladesh goes into the forthcoming series as the highest ranked batsman in 30th place in the ICC Player Rankings and is one of five batsmen on either side inside the top 50. Rahim has climbed the rankings steadily since making his debut in 2006 and lies one place, and two points shy, of Australia’s ICC Cricket World Cup 2015 winning captain Michael Clarke.

On the ICC Players Rankings for ODI Bowlers, Pakistan off-spinner Saeed Ajmal will go into the series as the top-ranked bowler in 3rd place, 16 points behind South Africa’s Imran Tahir. Tenth placed Shakib Al Hasan will be looking to gain ground on Proteas fast bowler Morne Morkel, who is currently seven points ahead of him. Pakistan’s Mohammad Hafeez (16th) is the only other bowler from either side inside the top 20, while Mashrafe Mortaza (26th) and Junaid Khan (39th) are also likely to feature in the three-match series.

The ICC Player Rankings for ODI All-rounders sees Sri Lanka’s Tillakaratne Dilshan lead the way with a significant 16-point gap over Bangladesh’s Shakib Al Hasan, who is the top ranked all-rounder on either side heading into the series. Pakistan’s Mohammad Hafeez lies in fourth place on 368 points, 10 points adrift of Sri Lanka’s Angelo Mathews.