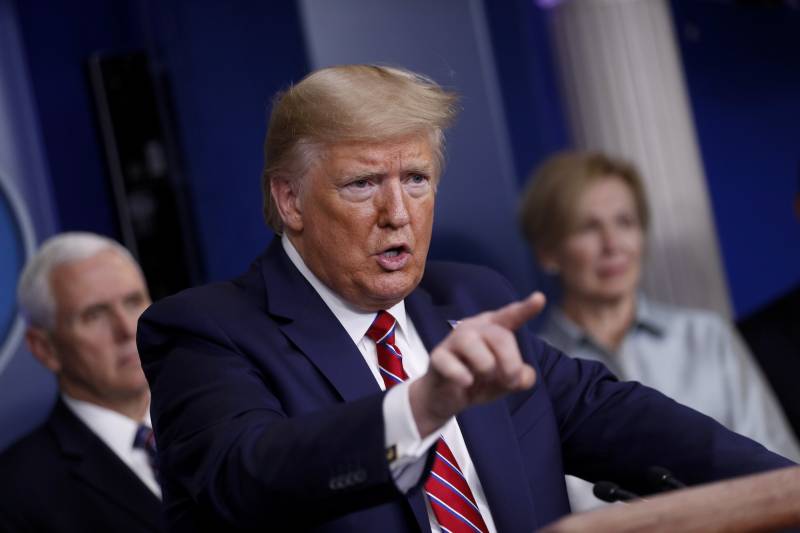 WASHINGTON – United States President Donald Trump in a major move stopped funding to the World Health Organisation (WHO) blaming it of mishandling the coronavirus pandemic and promoting China’s disinformation.

Trump, at a White House press briefing, accused the WHO that it had “failed in its basic duty and it must be held accountable”. He said the world body promoted China’s “disinformation” about the Covid-19. He said that the organisation endorsed that human to human transmission of the virus was not happening without verifying the China’s claims about the infection through sources.

The decision would deprive the WHO from the biggest chunk of funding as the US is the leading donor by contributing over $400 million in 2019.

The cutting off the funding is not a surprised decision as the president has been repeatedly firing salvos against the Geneva-based WHO as the health crisis deepened worldwide.

“Had the WHO done its job to get medical experts into China to objectively assess the situation on the ground and to call out China’s lack of transparency, the outbreak could have been contained ... with very little death,” Trump said.

Trump said the US review of the WHO was likely to take 60-90 days.

The US death toll from COVID-19 crossed the mark of 25,700 on Tuesday, while the country has reported over 600,000 infections that disturb the respiratory tract and breathing procedure.

Following the outbreak, millions of Americans have lost their jobs while the economy is suffering as citizens are staying home and industries are closed.

“Now is the time for unity and for the international community to work together in solidarity to stop this virus and its shattering consequences,” he said.

Trump said Washington would discuss with global health partners what it will do with the millions of dollars that would normally go to the UNO’s specialized health wing.