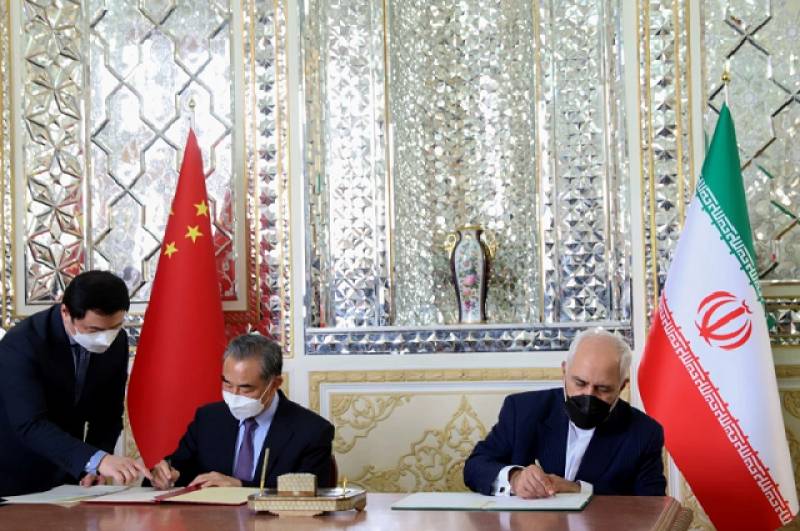 BEIJING – China reiterated its stand against the unilateral sanctions imposed by the United States on Iran as the Chinese and Iranian foreign ministers vowed the launch the implementation of a 25-year cooperation agreement to boost bilateral economic and political relations.

Both sides decided to further strengthen cooperation in energy, infrastructure, production capacity, science and technology, and medical and health care, according to a statement of the meeting.

Bilateral cooperation will also be expanded to agriculture, fisheries, cybersecurity and the third party market, as well as people-to-people and cultural exchanges in education, film and personnel training, said the statement.

China will continue to do its utmost to provide vaccines to Iran and is ready to expand cooperation in all areas to elevate the China-Iran comprehensive strategic partnership to a new level, CGTN quoted Wang as saying.

The Iran minister ensured support to China in safeguarding its core interests and upholding the one-China policy, adding that his country highly appreciates and will take an active part in jointly building the Belt and Road, the stat-run media reported.

Iran is firmly committed to promoting Iran-China cooperation, looks forward to learning from China's development experience and advanced technology, and is willing to become a trustworthy and long-term cooperative partner of China, he said.

Iran firmly supports China in hosting a successful Winter Olympic Games and will actively attend the opening ceremony and participate in the Games, he added.

The foreign minister also discussed Iranian nuclear situation where Chinese official slammed the US over unilateral withdrawal from the Joint Comprehensive Plan of Action (JCPOA), adding that the move has created the current difficult situation.

Wang urged the US to rectify its mistake as soon as possible, Wang said.

China will firmly support the resumption of negotiations on the implementation of the JCPOA and continue to participate constructively in follow-up negotiations, he said, adding that all parties should make efforts to advance the political and diplomatic settlement process.

Iran is committed to reaching a package of stable guarantee agreement through serious negotiations, and appreciates China's constructive role in the process, Abdollahian said.

Iran will maintain close communication with China, he added.

While talking about Middle East and Afghan issues, the Iranian side expressed its willingness to actively improve relations with Saudi Arabia and other Gulf countries.