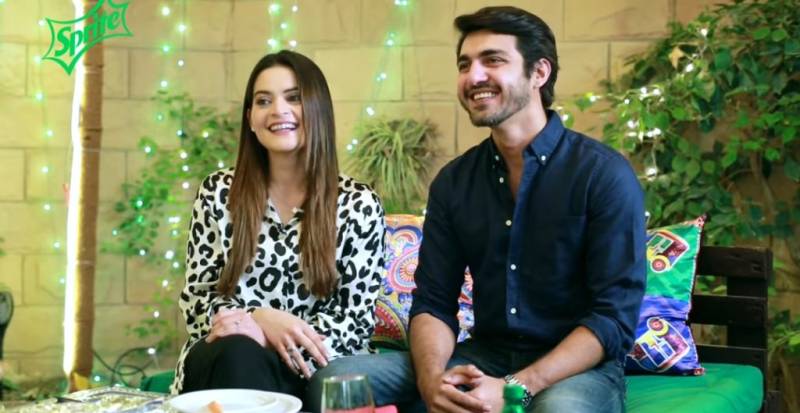 KARACHI - Celebrity couple Minal Khan and Ahsan Mohsin Ikram recently appeared in Wajahat Rauf’s  The Voice Over Man show where they made many revelations about their life.

When asked about the reason to marry Ahsan Mohsin, Minal gave hilarious remarks, saying: “I got married to Ahsan because he is a high profile as you referred, I married him because he is a wealthy guy”.

Ahsan also joined the discussion, stating that girls used to like rich and decent boys.

Later, the Jalaan star backtracked from her statement, adding that she choose Ahsan as life partner as she was single and proposed by him.

Khan and Moshin Ikram tied the knot in a grand Baraat ceremony on September 10 followed by a fairytale reception on September 12.

Celebrity couple Minal Khan and Ahsan Mohsin's wedding was the talk of the town and later their whirlwind romance made ...