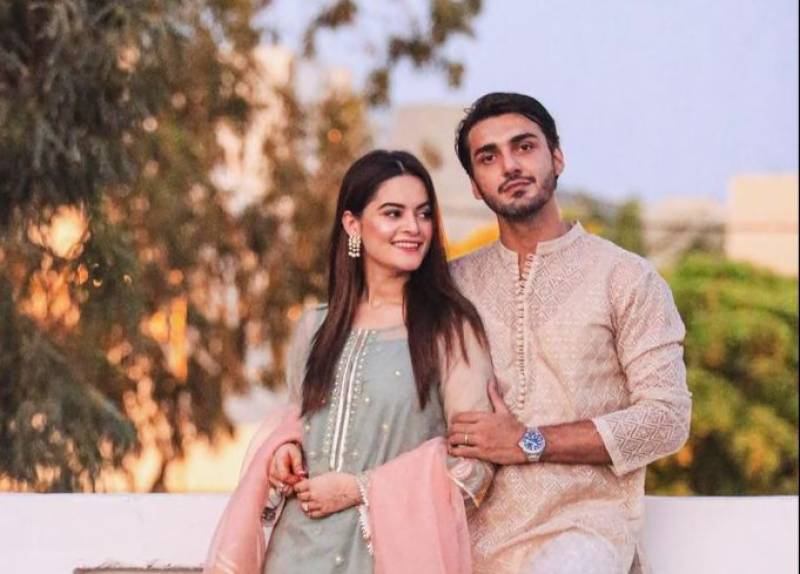 Celebrity couple Minal Khan and Ahsan Mohsin's wedding was the talk of the town and later their whirlwind romance made headlines. However, the couple recently opened up about their married life.

The Jalan star was spotted in a BTS video of Ahsan Khan’s talk show Time out with Ahsan Khan and needless to say, the couple were quite vocal about their stance on marriage and how the newlyweds are living the time of their life.

The Udaari actor asked Minal about the changes in her life after getting married and her thoughts on the institution. Smilingly, the Ishq Hai actor replied, “After marriage, a husband enters your life, what could be a bigger change than that?”

When asked if that was a good change, the 23-year-old said, “I think it’s a better change, everybody needs that in their life. I support marriage!”

Earlier, Minal and Ahsan made headlines after their honeymoon trip to the Maldives. The netizens had a lot to say about their viral pictures in particular Minal's dressing.

Moreover, Khan and Moshin Ikram tied the knot in a grand Baraat ceremony on September 10 followed by a fairytale reception on September 12.

Celebrity couple Minal Khan and Ahsan Mohsin Ikram are under fire as immense backlash and endless trolling is being ...