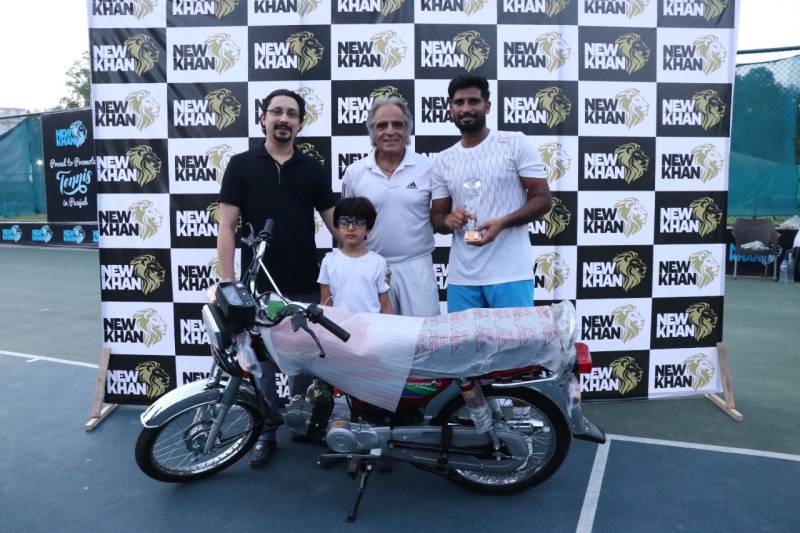 The men’s singles final proved to be a thrilling one as both Abid and Muzamil were busy in long rallies and down the line shots and they were tied at 6-all. After playing so well, Muzamil ran out of gas and gave complete chance to Abid to upset him. Same happened as Abid got full opportunity of the situation and won the set 7-6. Abid continued his good show in the second set as well and exhibited great stamina and strength to win the set 3-0 (retired hurt).

With this title victory, Abid also won the 70CC motorbike. While expressing his feelings after winning the title and motorbike, Abid said: “I am grateful to Rokhri Family for sponsoring this event and also announcing such good prizes for the players. Other corporate giants should also come forward and announce more lucrative prizes for tennis players, who, in return, will win laurels for the country.” The men’s doubles title was claimed by Muzamil Murtaza and Mudassar Murtaza, who had to struggle hard to beat the spirited pair of Muhammad Abid and Heera Ashiq with the score of 4-6, 6-3, 10-7.

Asad Zaman of McDonalds continued to shine in national tournaments as he clinched triple crowns by winning boys U-18 and U-14 singles titles and U-14 doubles title. In the boys U-18 final, Asad was up against Ahtesham Arif and outlasted him 7-6, 6-2. He then completed the brace of titles by winning the boys U-14 title as he outclassed Nabeel Ali Qayum 4-0, 4-1. In the boys U-14 doubles final, Asad, partnering with promising Zohaib Afzal Malik, overwhelmed M Sohaan Noor and Abubakar Khalil 8-1. 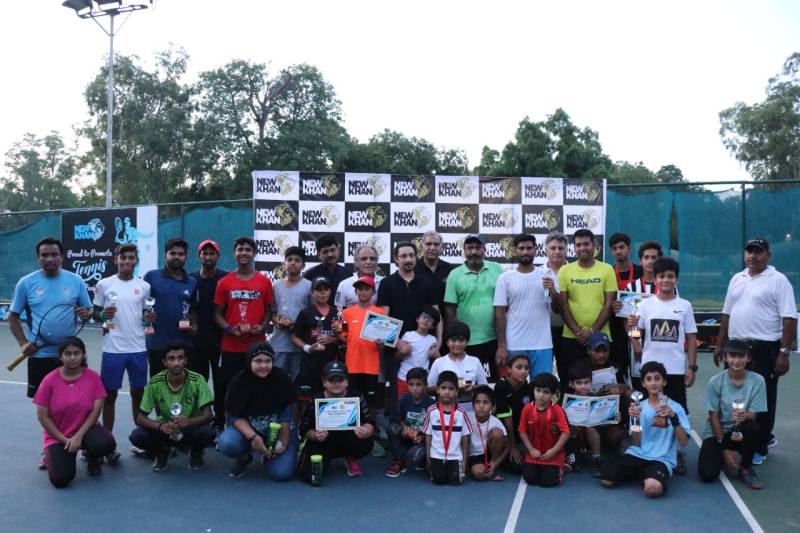 Amna Ali Qayum added another feather in her already decorated cap by earning another title in the girls U-18 final, where she thrashed Tooba Khan 6-0, 6-0. Her younger brother, Nabeel Ali Qayum also played superb tennis and won the boys/girls U-12 title as he routed Abdul Basit 8-5 in the final. The boys/girls U-10 title was won by Abdur Rehman of AAA Associates, who thumped her younger sister Hajra 8-2.

New Khan CEO Adil Khan Rokhari graced the concluding ceremony as chief guest and distributed prizes among the winners and runners-up of different age group categories. Talking to media, the chief guest lauded the efforts of PLTA Secretary Rashid Malik for keeping tennis alive through a number of tennis tournaments and he assured Malik of his all-out support for the development and promotion of tennis in the country.