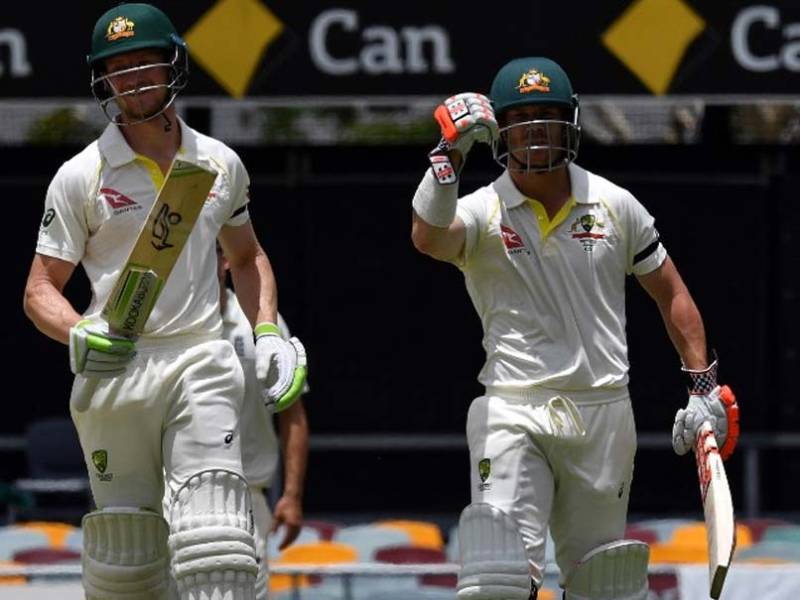 GABBA - Australia cruised to a crushing 10-wicket win over England to go one-up in the Ashes series in the opening Test at the Gabba on Monday, with skipper Steve Smith praising his team´s character.

Openers David Warner and Cameron Bancroft added to England´s agony by peeling off the required runs without the loss of a wicket before lunch on the final day.

Warner finished unbeaten on 87 off 119 balls with newcomer Bancroft hitting the winning runs to remain 82 not out off 182 balls in Australia´s 173 without loss.

In the process, they broke an 87-year-old Test record for the all-time highest unbeaten

The Australians only needed 56 runs on the final morning go one up after England imploded on Sunday's fourth day.

England captain Joe Root said the result did not tell the full story. It was Warner's 25th Test fifty and ninth in the Ashes, while debutant Bancroft posted his first half-century in only his second Test innings.- Online