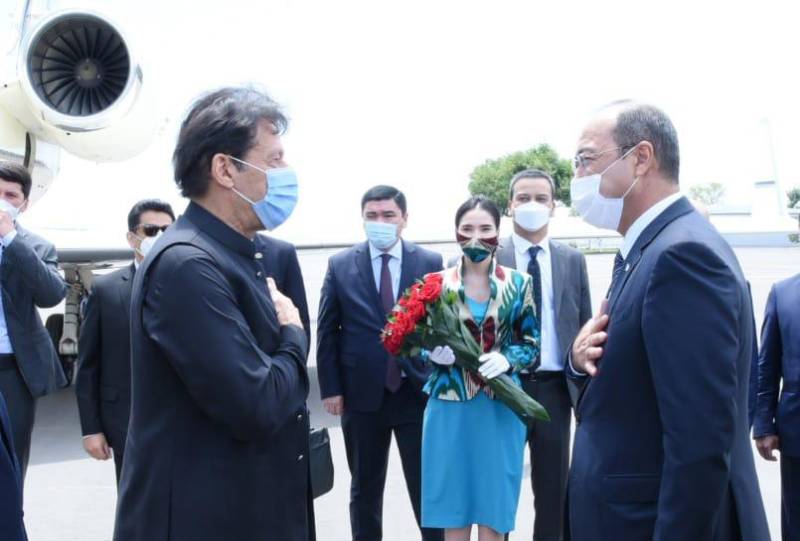 Report quoting officials cited that the premier has arrived in Tashkent at the invitation of Uzbek President Shavkat Mirziyoyev.

Prime Minister @ImranKhanPTI arrives in Uzbekistan on a two-day official visit at the invitation of @president_uz.#PMIKinUzbekistan pic.twitter.com/rCRnJOAgkK

Both sides will cover the entire gamut of bilateral relations, with a particular focus on trade, economic cooperation, regional connectivity, and defense cooperation while the leaders will also exchange views on regional and international issues of mutual interest.

A number of agreements and MoUs will also be signed in areas of mutual interest, including transportation of goods, cooperation between chambers of commerce of the two countries, trade, education, culture, and tourism. PM Imran will also address the first Pakistan-Uzbekistan Business Forum.

PM @ImranKhanPTI, on the invitation of 🇺🇿’s President H. E. Shavkat Mirziyoyev, is undertaking a two-day official visit to Uzbekistan, accompanied by FM @SMQureshiPTI and a high-level delegation, including members of the Cabinet & leading businessmen.
🇵🇰🤝🇺🇿#PMIKinUzbekistan pic.twitter.com/US8TfLMcnK

ISLAMABAD/TASHKENT – A virtual summit will be held between Prime Minister Imran Khan and Uzbekistan President ...