Salman Khan speaks in favour of Pakistan saying war is not the solution, gets criticized by Shiv Sena! 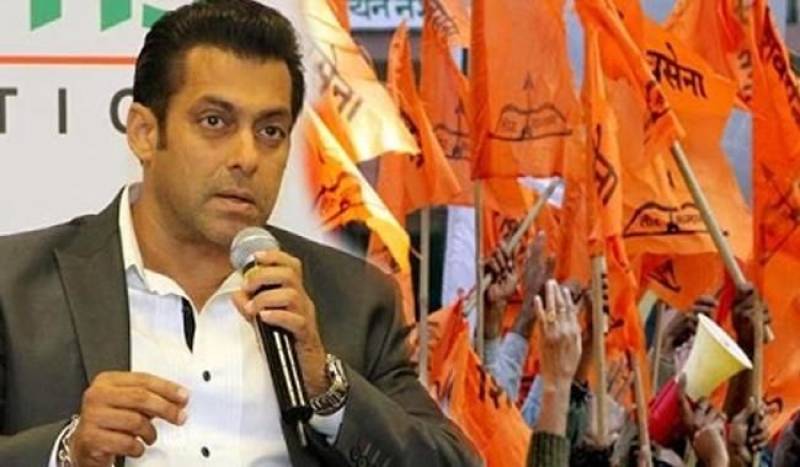 Salman Khan has never hesitated to voice his love for Pakistan. Despite cross-border tensions between both the countries as strained relations increase in Kashmir, the Dabangg hero has said it all out loud and clear in our favor at the press conference of his upcoming movie Tubelight!

He said those who demand wars should be sent to the border to end the warmongering.

"Those who order wars should be sent to the forefront and be told that you fight first. Their hands and feet will tremble. The war will be over in a day. Then they will sit across the table and talk."

Salman further added, "Whenever there is war, people die on both sides of the border."

Very wisely vouching for peace talks, he went on to say, "All discussions can be solved across the table. It’s a negative emotion."

Soon after Salman's press conference came to an end, Shiv Sena fired rounds at the actor claiming that the Bollywood actor had "crossed his boundaries."

"The way he has said this is really objectionable. Who doesn’t want peace? Why does he always cross his boundaries?"

Congress spokesperson Sanjay Jha, on the other hand, told CNN-News 18 that Salman Khan's statement rooting for peace between India and Pakistan was a "sane, sensitive and mature one."

NCP spokesperson Nawab Malik dismissed Khan's remarks, claiming that it was all just a publicity stunt by the actor to add to the promotions of his film set against the backdrop of the India-China war.

Salman's father Salim Khan, a scriptwriter, shared his thoughts saying, "This is what every great person in history has said.. war is not a sensible thing."