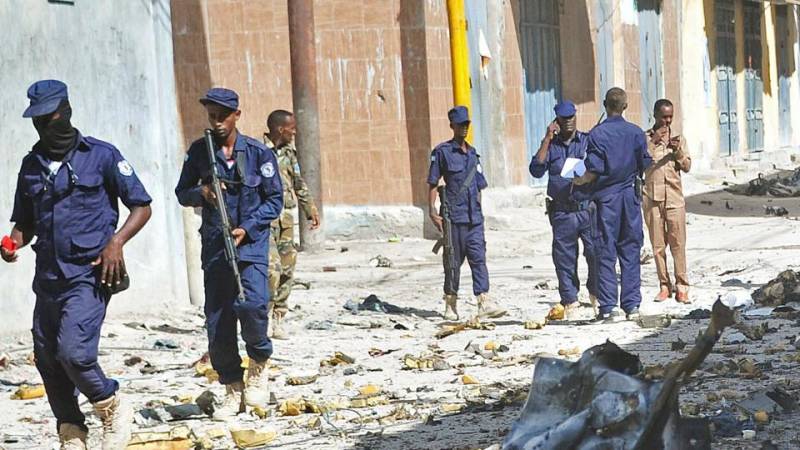 MOGADISHU - At least 17 people were killed and over 25 were left injured in a combined suicide bomb and gun attack at a hotel and restaurant in Somalia's capital, Mogadishu here on Wednesday.

According to media reports, the attack began at around 20:00 local time (17:00 GMT), when an explosives-laden vehicle hit the upscale hotel next to the restaurant. Gunmen then entered the Pizza House restaurant next door, seizing hostages.

According to media reports, the militants launched the attack when Muslims were breaking their fast at the restaurant.

The armed group al-Shabab claimed responsibility for the attack that often targets high-profile areas of Mogadishu, including hotels, military checkpoints and areas near the presidential palace. It has vowed to step up attacks after the recently elected government launched a new military offensive against it.

Abdiasis Abu Musab, the group's military spokesman confirmed the nature of the attack.

"A mujahid (fighter) with his suicide car bomb martyred himself after he rammed into Posh Hotel, which is a nightclub. The operation goes on," he said.