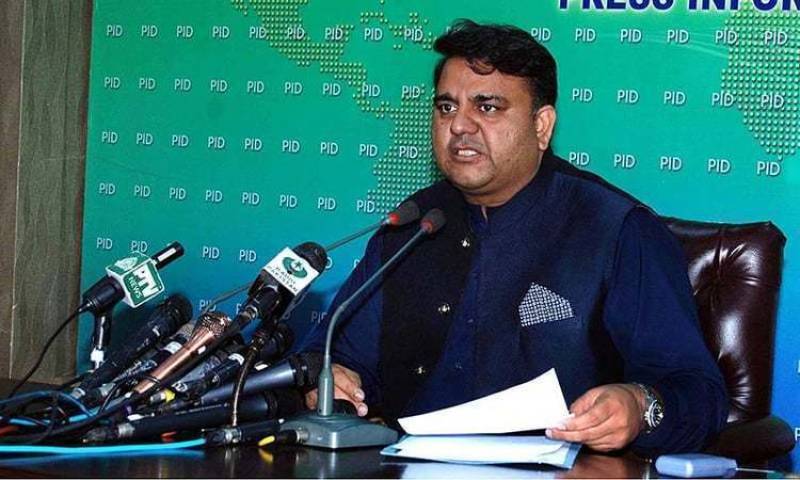 FAISALABAD - Minister for Science and Technology, Chaudhry Fawad Hussain was named in a complaint after he slapped anchorperson Sami Abraham on Friday.

The incident took place during a wedding ceremony in Faisalabad wherein the minister exchanged heated comments with Bol TV anchor, Sami Ibrahim before slapping him in front of everyone.

A police complaint lodged by Sami Abraham states he was in Dynasty Hotel to attend the wedding ceremony of Mian Rasheed’s daughter when the incident happened.

Sami Abraham, in his application, requested the authorities to take legal action against Fawad Chaudhry for abusing him and threatening him of dire consequences. 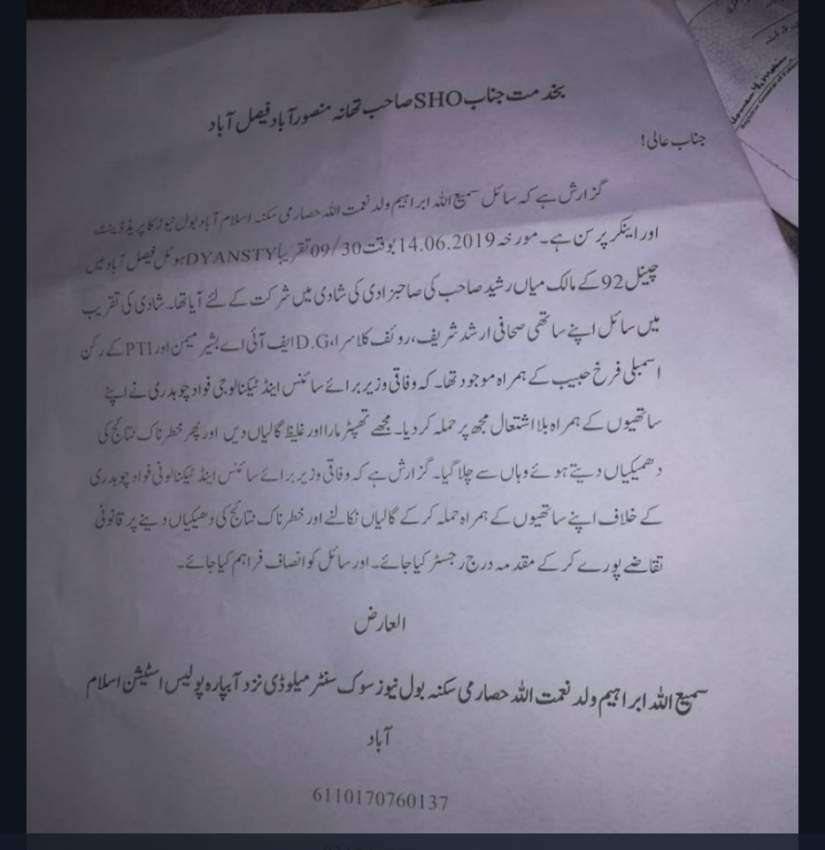 As soon as the journalists expressed sympathy with Sami Abraham, the minister contended that journalism was in danger because of yellow journalists, calling for a campaign against it.

Journalists, including Rauf Klasra, confirmed the incident on Twitter and expressed dismay at the minister for insulting the anchorperson.

In an interaction with a private TV channel, Fawad Ch played down the incident and expressed that the premier had more vital issues to think over instead of the recent clash between him and Abraham.