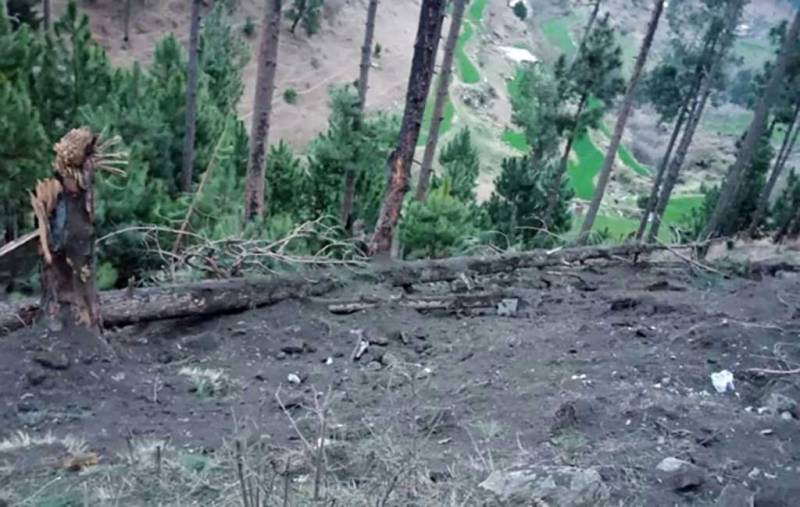 ISLAMABAD - Taking a strong exception to India's aggression, Pakistan has handed over a dossier to the United Nations Environment Program, pleading to declare India an eco-terrorist for its recent alleged surgical strike.

The dossier was presented by Advisor to Prime Minister Malik Amin Aslam at the direction of Prime Minister Imran Khan for Indian Air Force' targeting of pine trees in Balakot area on 26th of last month.

According to the document, Indian military aircraft dropped their payload in a 'reserve' forest before being whisked away by the Pakistan Air Force.

The documents highlights that the act is in violation of the Articles 35(3) and 55(1) of Protocol 1 (Additional Protocol) of the Geneva Convention of August 12 - 1949 that prohibits warfare that may cause widespread, long term and severe damage to the natural environment.

'The Indian act caused damage to the environmental assets of Pakistan," Islamabad has complained.

Advisor to PM Malik Amin Aslam said the purpose of this document is to let the world know that Pakistan is serious in protecting its environment.

The complaint also urges the international community to ask New Delhi to compensate over causing damages to its natural assets, especially trees and forests.

Aslam also mentioned the eco-terrorism during his speech Fourth Session of the UN Environment Assembly in Kenya.

India and Pakistan came to the brink of war over the Pulwama attack in Indian occupied Kashmir for which New Delhi pinned blame on Islamabad without any evidence.

Pakistan’s Prime Minister Imran Khan had extended offers for a probe into the attack which left over 40 soldiers dead on February 14th, however, India took a rogue approach to handling the crisis.

Indian Air Force aircraft violated the Line of Control before being whisked away by Pakistan Air Force.

Pakistan’s Prime Minister Imran Khan has been calling for detente ever since the repeated Line of Control violations by India.