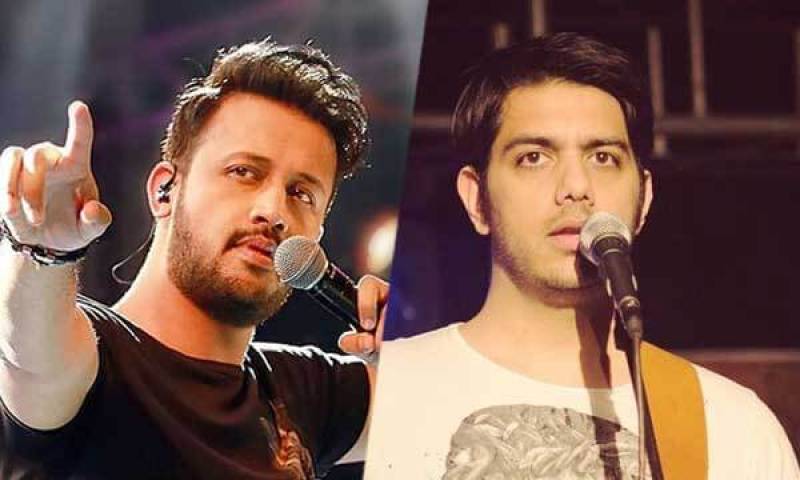 LAHORE - Goher Mumtaz & Atif Aslam were college fellows and they started singing in college concerts, they thought to form a band and released their first song Aadat on the internet.

The song was written and composed by Goher and sung by Atif. By the time the song was released, it became a major hit in the subcontinent and all radio and TV stations started playing that song.

After the major hit of Adat Goher & Atif started getting concert queries they then decided to give a proper name to their band, so they named it  Jal (water in Urdu) and performed in various concerts with this name and line-up of Goher on Guitars and Atif on Vocals.

Later on, Atif left the band because of some differences and he pursued his solo career while Goher formed the new line-up, and brought Farhan Saeed on vocals and Amir Sheraz (Shazi) on bass.

With this new line-up, Jal released their first studio album Aadat in 2003. The album was a major hit in both Pakistan and India and won various awards. In 2011 Farhan Saeed left the band because of some personal differences and Goher took the position of lead vocalist and brought Saad Sultan on lead guitar.

Talking about Atif, Gohar revealed: "I and Atif were pretty young at that time. It was too early for us. and we were kids at that time. Whatever happened, should not have happened."

Gohar also recollected memories of performing with Farhan Saeed, saying: "The reason that Farhan left the band was not a fight or anything. He just wanted to do something new. I was also discovering myself."

Mumtaz also shared that he misses his old band members.

Do you wish to see these talented singers together? Let us know in the comments box below.