KARACHI - The first trailer of Pakistani film The Legend of Maula Jatt is finally out. The trailer was getting a great response by the viewers and people seemed to be waiting excitedly for the remake of the Pakistani classic hit of the 1970s.

However, social media user, Zuhaib Shaikh is disappointed. He shared his story in a recent Facebook post.

Shaikh mentioned that Bilal Lashari had copied his storyline and treatments which he had done in 2012-2015.

Zuhaib has written an elaborate post in which he shared how unethically writers are treated in the Pakistani showbiz industry.

He also mentioned that the writers are not being paid on time, and expressed disappointment that their work was plagiarised without taking any permission.

As soon as Zuhaib shared the post, people shared pouring in their thoughts: 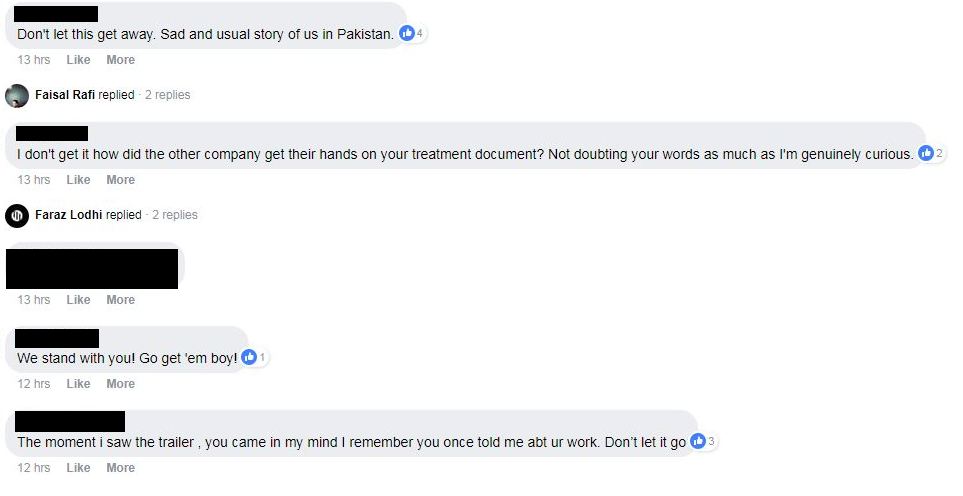 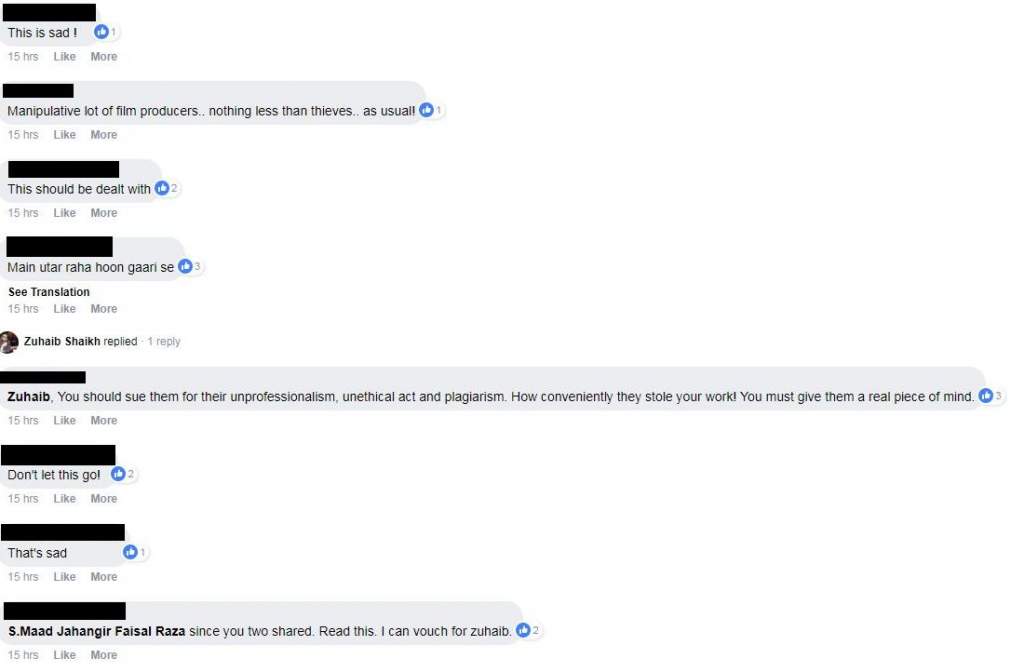 In 2014, Bilal Lashari announced that he would be directing Maula Jatt saying: "This will be my take on Gandasa films which are blamed for the death of Lollywood. I think the Gandasa genre was a missed opportunity for Pakistani cinema, and what better choice to utilize it then by paying homage to the cult classic Maula Jatt."

The film is also the most expensive Pakistani movie. The Legend of Maula Jatt will hit theatres next Eid and is going to be the first Pakistani film to release on the same day in China and Pakistan.

Till now Bilal Lashari has not responded to Zuhaib's claims and we are waiting for the response from the other side. Stay tuned for more updates.