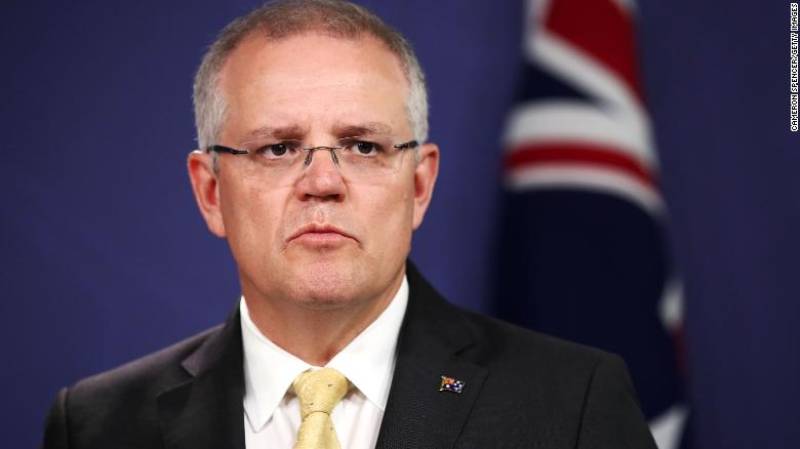 CANBERRA - Prime Minister Scott Morrison has confirmed that the gunman who attacked the mosque in New Zealand on Friday was a right-wing "terrorist" with Australian citizenship.

In a press conference, Morrison said that "We stand here and condemn, absolutely the attack that occurred today by an extremist, right-wing, violent terrorist."

He confirmed media reports that the gunman who killed numerous worshippers in the southern New Zealand city’s mosque of Christchurch was an Australian-born citizen.

Talking about the attack, Morrison said that "It is such a sad and devastating reminder of the evil that can be ever present about us."

He said Australian security authorities were investigating any links between the country and the attack, but declined to provide further details about the Australian gunman.

Earlier today, New Zealand police said they had arrested four suspects, including a woman after attacks on two Christchurch mosques, but they have not provided their identities.

About 49 people were killed at two mosques in the New Zealand city of Christchurch on Friday when a gunman opened fire on worshippers forcing the city into lockdown as police launched a massive manhunt.

The police also recovered suspected IEDs found attached to the attackers´ vehicles which were made safe by the military.