Who is Brenton Tarrant - the Australian shooter behind the New Zealand terror attack?

WELLINGTON – A gunman who live-streamed himself opening fire at the Al Noor mosque in Christchurch, New Zealand, and posted a manifesto online addressing his reasons for the attack has been charged with murder.

At least 50 people were killed after a gunman opened fire at two mosques in the New Zealand city. Forty-two people were shot dead at the Deans Ave mosque, seven were killed at the Linwood Ave attack, and one person shot in the second mosque attack died in hospital.

New Zealand Police Commissioner Mike Bush confirmed on Friday afternoon that police had arrested four people, three men and one woman after the gunman shot at worshippers as they gathered for Friday prayers. He added he wouldn't "assume that the threat is over".

Bush also confirmed that reports of improvised explosive devices being strapped to vehicles had been deemed safe by defence force personnel. 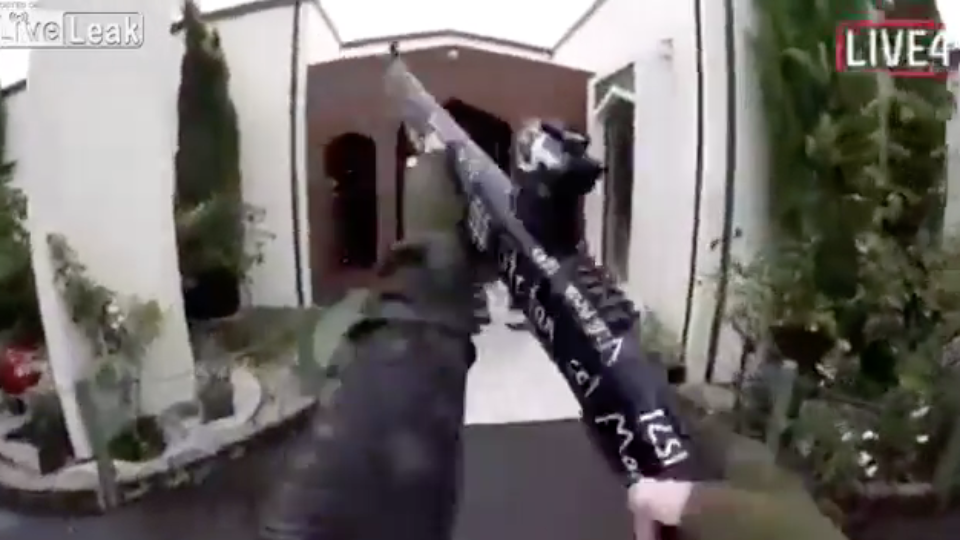 The footage, filmed with a head-mounted camera, showed him firing indiscriminately at men, women and children from close range inside the mosque.

Police called on the public not to share the “extremely distressing” footage online. Facebook said it had removed the gunman’s Facebook and Instagram accounts and was working to remove any copies of the footage.

Brenton Tarrant, in a social media post just before the attack, posted a link to a 74-page manifesto that was filled with anti-immigrant, anti-Muslim ideas and explanations for an attack.

In the vile manifesto, the 28-year-old Australian describes himself as “just a regular White man” and characterises the country of his birth as little more than an outpost of Europe with a propensity for political apathy.

The shooter also reveals an obsession with violent uprisings against Islam.

In the manifesto, seen by DailyPakistan, the man said he "only arrived in New Zealand to live temporarily whilst I planned and trained" but then decided to carry out an attack there.

The author does not mention how long or where he lived in Australia, but Australian media is reporting he grew up in Grafton, NSW.

Under a heading "why did you carry out the attack?" he says it was to avenge "thousands of deaths caused by foreign invaders."

Claiming to represent “millions of European and other ethno-nationalist peoples”, he said “we must ensure the existence of our people, and a future for white children”.

Tarrant described himself as an "ethno nationalist eco fascist", having previously identified as a communist, an anarchist and a libertarian. He wrote that he believed in "ethnic autonomy for all peoples with a focus on the preservation of nature, and the natural order". 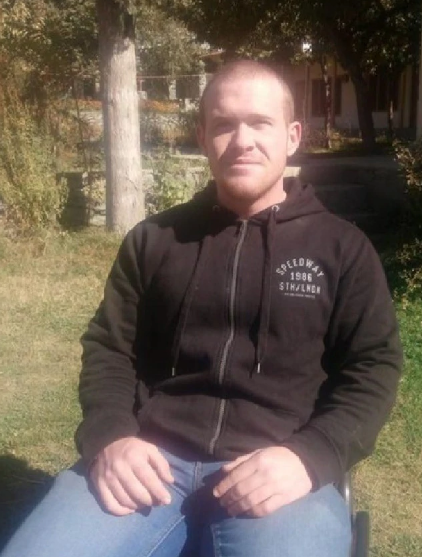 He also said it was to take revenge for Ebba Akerlund, the 11-year-old child who was killed in a 2017 terror attack in Stockholm.

Further down in the manifesto, Tarrant described the Stockholm attack as the “first event” that inspired him to commit the attack, particularly the death of the 11-year-old girl.

“Ebba (sic) death at the hands of the invaders, the indignity of her violent demise and my inability to stop it broke through my own jaded cynicism like a sledgehammer. I could no longer ignore the attacks.”

In the dossier, he made reference to the horrific Skaf gang rapes in Sydney in the year 2000. But his manifesto suggested he was preoccupied with rapes that had occurred in England and more recently in Germany by non-Europeans.

In particular, he referenced the sexual exploitation of approximately 1400 children in the northern English town of Rotherham in the late 1980s, 1990s and 2000s, primarily by British-Pakistani men.

Along with references to Rotherham, inscriptions on Tarrant's equipment mentioned Alexandre Bissonnette and Luca Traini, mass shooters in Canada and Italy respectively.

He also included the names of several Serbian military figures, such as Milos Obilic, an apocryphal knight featuring prominently in accounts of the 1389 Battle of Kosovo against the invading Ottoman Empire, the Islamic superpower of its day, who was alleged to have assassinated the Ottoman Sultan.

Tarrant made reference to the Serbian Prince Lazar Hrebeljanovic, whom Obilic served and who was killed in the Battle of Kosovo. 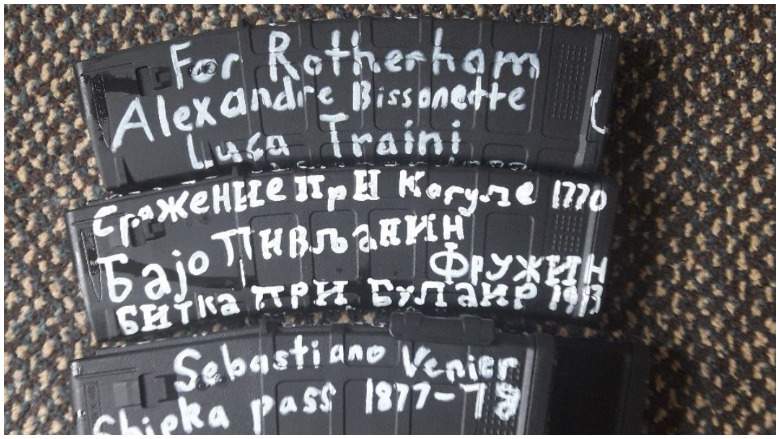 Other names inscribed on Tarrant's weaponry included Bajo Pivljanin and Novak Vujosevic, each of whom led uprisings against the Ottomans during later periods and were considered heroes within their communities, as well as Montenegrin general Marko Miljanov.

Also inscribed on his guns and ammunition were references to the 1683 Battle of Vienna, in which Christian forces defeated the Ottomans, and 1571, an apparent reference to the Battle of Lepanto in which the Empire suffered another defeat.

Music was playing in the car in the background of the video of Tarrant's attack, one in the Serbian language, and one in German. The Serbian song references the "butcher of Bosnia", Radovan Karadzic, a convicted war criminal and the political leader of Bosnian Serbs.

"Wolves are on the move from Krajina. Fascists and Turks, beware. Karadzic, lead your Serbs, let them see they fear no one," the lyrics say.

In his writing, Tarrant echoed views expressed by Anders Breivik, the Norwegian right-wing terrorist who killed 77 people with a van bomb and gun massacre in Norway in 2011. 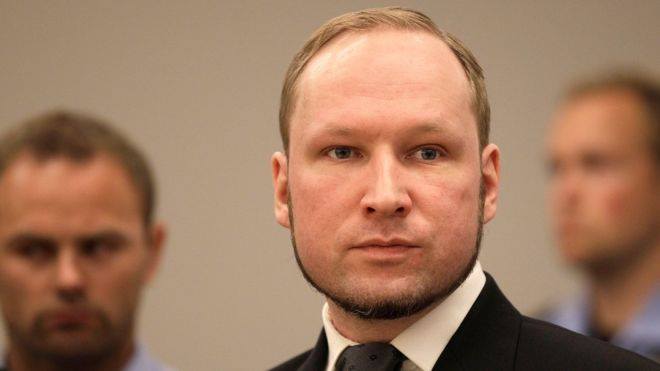 He specifically mentioned Breivik by name, claiming he had "brief contact" with the mass murderer and had received a "blessing" for his actions from Breivik's associates.

The dossier also praised United States President Donald Trump as "a symbol of renewed white identity and common purpose", and addresses grievances about the left's "march through the institutions".

Following the Friday’s attack, Prime Minister Scott Morrison confirmed the man was an Australian citizen and described him as a violent, right-wing extremist terrorist. He said he had been briefed on the dossier.

New Zealand, like Australia, is home to people from all faiths, cultures and backgrounds. There is absolutely no place in either of our countries for the hatred and intolerance that has bred this extremist, terrorist violence and we condemn it.

"It is the work of hate, I've got no other way to describe it," he said. "What's born of hate is never good."

New Zealand Prime Minister Jacinda Ardern, speaking from New Plymouth, said it was "one of New Zealand's darkest days", describing the incidents as "an unprecedented act of violence".

The person who has committed this violent act has no place here. To those in Christchurch; I encourage you to stay inside and follow the instructions of @nzpolice. The Police Commissioner will be making a public statement at 5pm. I will update everyone again later this evening.

Reports in Australian media suggest Tarrant was a student at the local high school and went on to work at a gym, where his former boss said he regularly volunteered his time to train kids for free.

In April 2010, his father died suddenly of cancer aged 49, leading Tarrant to set off on a seven-year trip around the world.

It was at some time during this journey that former friends now speculate he was “perhaps radicalised”.

He will appear in court tomorrow (Saturday) morning charged with murder.