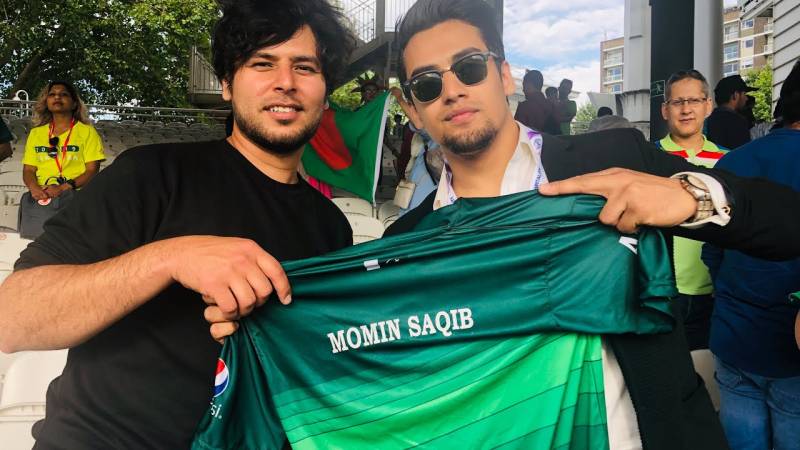 Momin Saqib has been named a Commonwealth Youth COVID-19 Hero for "One Million Meals" in the charitable work category, for the initiative he co-founded with Arif Malik, a British-Pakistani restaurateur and award-winning chef, Raja Suleman Raza, and a team of volunteers in March 2020.

Supported by the football legend David Beckham, the initiative was an emergency response to the COVID-19 crisis in the UK to help provide free, warm meals to the National Health Service (NHS) staff and other key workers, including police, school staff, and firefighters. 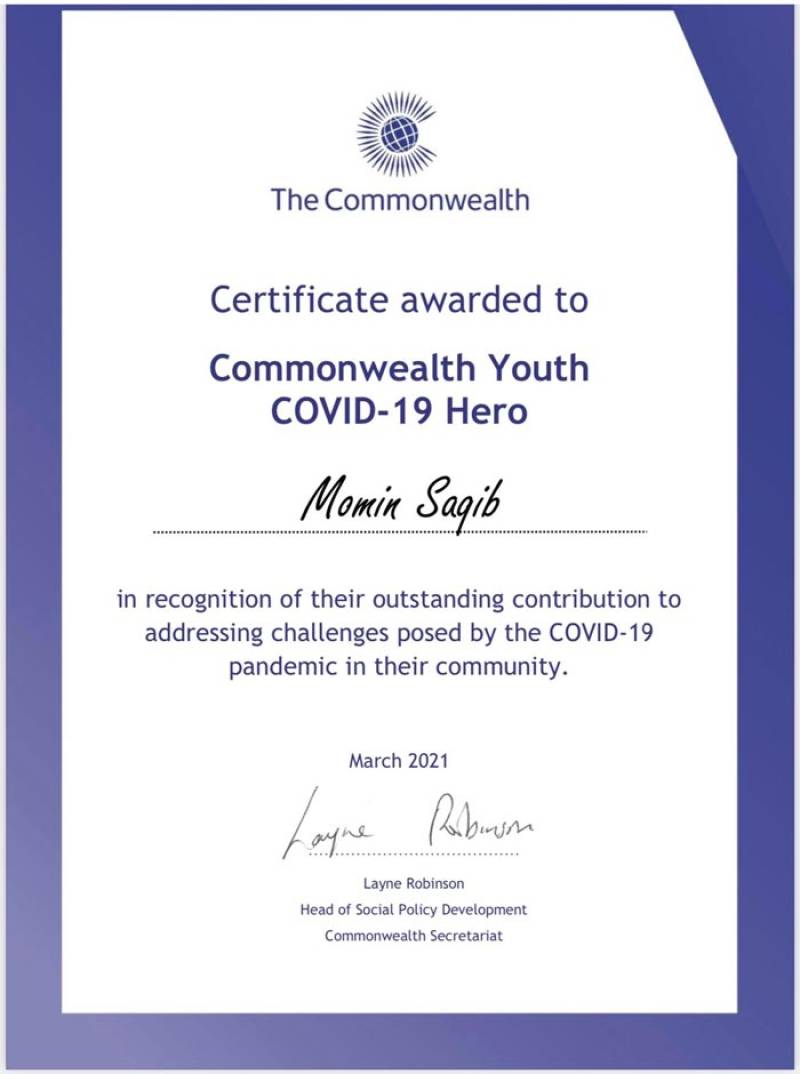 The awards recognise the young individuals from around the world who actively take part in bringing about meaningful change and are integral to creating a more innovative and interconnected future.

In its 2021 edition, the Awards highlighted 10 exceptional young people who took the extra steps to support communities and be a positive community member during the challenges posed as a result of the global pandemic.

A few years back, Saqib, was also elected as the first non-EU President of the Students Union at the King’s College London in 144 years. He was also awarded the Honorary Life Membership with a permanent plaque at the famous Bush House.

Saqib became famous in Pakistan because of his viral "Maro Mujhe Maro" video during the 2019 Cricket World Cup.