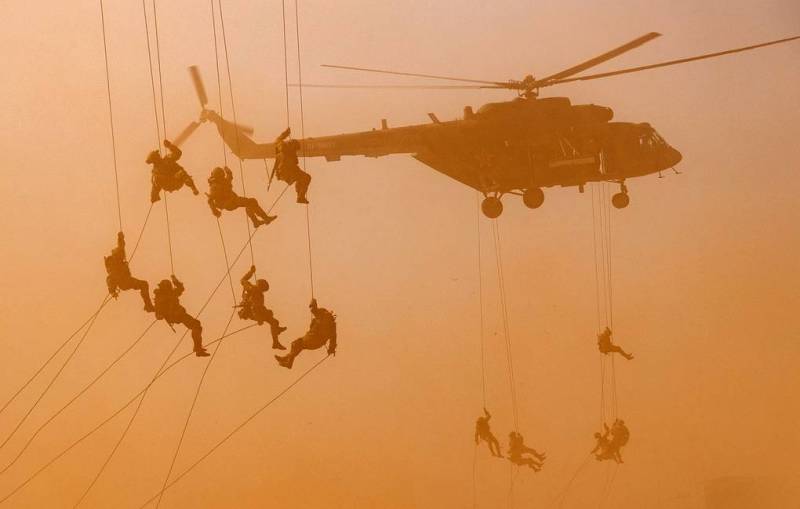 In the video, the helicopters hovers at an altitude of 20 meters in the air while the commandos descended using a special rope. Following this, the paratroopers practiced defending the area of landing and repelling a terrorists’ attack. Mi-17 helicopters (the export version of Russia’s Mi-8s) operational with the Pakistani army aviation were involved in the exercise.

‘Friendship’ joint Russian-Pakistani military drills have been held annually since 2016 alternately in each of the countries. This year, the manoeuvres involve over 70 servicemen of the special operations company of the Russian 49th combined arms army stationed in the Stavropol Region in southern Russia.