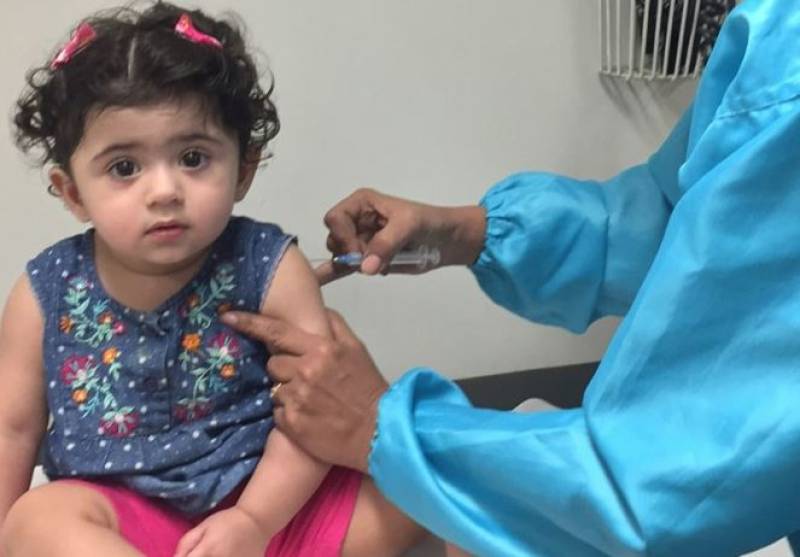 ISLAMABAD – At least 0.9 million children aged up to 15 years would be vaccinated against Measles and Rubella virus during two weeks campaign to be started from Monday (today).

A report of the state broadcaster said as many as 941,198 children under 15 years of age would be inoculated against Measles and Rubella virus at different EPI centers and schools.

The campaign will also be conducted in public and private health facilities, outreach centers. Officials said that though there were a meager number of Rubella cases in the region, the country should take preventive measures to curb this virus.

Around 386,000 health professionals, including 76,000 vaccinators and over 143,000 social mobilizers were mobilized for the campaign supported by Gavi, the Vaccine Alliance, UNICEF, WHO, and partners.

A total of 763 teams including 654 outreach, 105 fixed points, and four special teams had been formed in the district by the health authorities to accomplish the task of vaccinating children. Meanwhile, pediatricians and health centers would remain alert to face any unwanted situation during the vaccination campaign.

Measles and Rubella are contagious diseases and can have severe complications for minors even death.

In another development, the National Command and Operation Centre (NCOC) announced to temporarily suspend Covid vaccination of children aged 12 to 15 years from today.

According to the update from the country’s top monitoring body on novel disease, Covid vaccination for children between 12-15 years will remain suspended from November 15 to 27 due to the national Measles and Rubella (MR) vaccination drive.

GENEVA - Measles cases nearly tripled globally during the first seven months of the year compared to the same period in ...