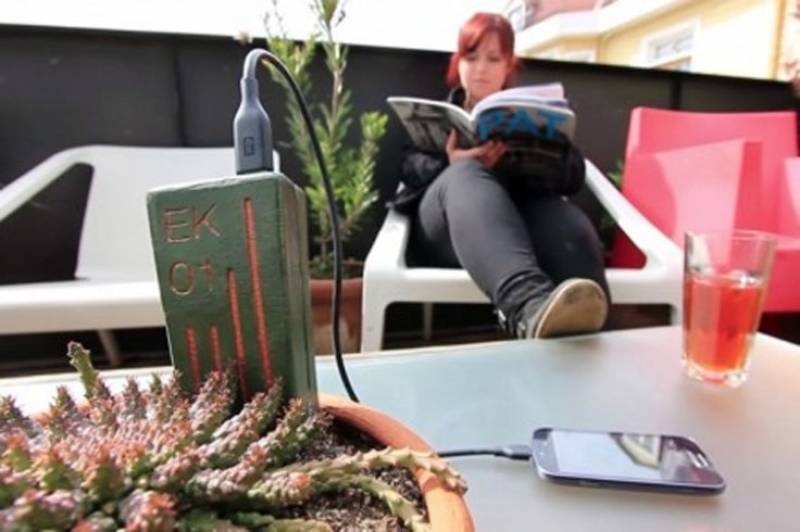 SANTIAGO, Chile (Web Desk) - Chilean student engineers have developed a biocircuit device that can harness plant energy and convert it into small charges of electricity to power smartphones in 15 minutes.

It's a common problem across the world.

Too many smartphones and not enough electrical sockets to charge them. But thanks to three engineering students from Chile, charging your device may soon be as easy as plugging it into your favorite household plant.

The idea sprouted back in 2009 during a chaotic exam week.

Desperate to charge their devices, the students stepped outside to the school garden to catch a breath of fresh air and quell their frustrations.

That's when they realized that the plants producing the oxygen they were breathing also produce energy.

“After that, we thought, why don't they have a socket? Because there are so many plants and living things which have the potential to produce energy, why not?” says Evelyn Aravena, Electrical Engineering and Automation student at DUOC institute in Valparaiso.

The trio began prototyping a device they call E-Kaia. It's a biocircuit buried in the soil that harnesses energy produced by plants during photosynthesis and converts it into electricity.

The team explains that the device feeds off the natural energy cycle of a plant.

"There is a complete cycle of the plant and when making this cycle, we decided to incorporate into it, then we would not affect the plant's growth. And the biocircuit makes an acquisition and transforms it into energy to later make charges of low consumption."

The device can fully charge a smartphone in under two hours. The team is currently fine tuning the biocircuit with the hopes of launching it commercially in late 2016.