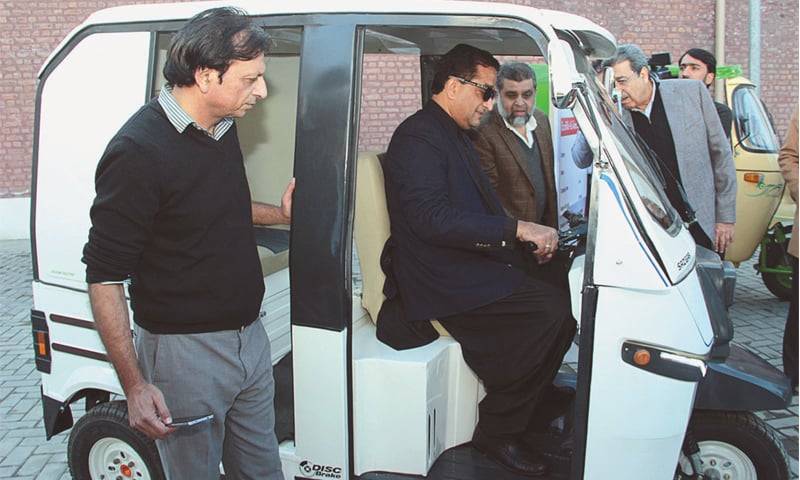 The first indigenously produced electric rickshaw was rolled out in a special ceremony held in Lahore on Saturday. The event was attended among others by Advisor to the Prime Minister on Climate Change Malik Amin Aslam.

Talking on the occasion, Malik Amin Aslam said the success of the project would depend on the financial benefit of its owner. If it was found suitable for its owner, more rickshaws could be converted to electric technology, he added.

Experts say the indigenous production of electric rickshaws will not only save fuel but also put a positive impact on the environment.

Its manufacturers told that the production of electric rickshaws could be enhanced through patronage and encouragement of the government.

It is eco-friendly, low-price and the money which is used for oil importation will be reduced, thus, it will serve the country in one way or the other way, Malik added.

The battery is designated as EcoRik Li-Ion Battery, with powering 48V, 125Ah, and 6kwh.  It will be charged in 5 hours, and once the Rickshaw gets charged it can drive for 125 Km, the advisor maintained.

Moreover, the vehicles will be locally manufactured except for the electric kit.

The advancement comes after the cabinet approved in November 2019 — to put at least 30pc of vehicles on electricity by 2030. Among which, 0.5 million will be three-wheeler vehicles, alongside 100,000 cars and 1,000 buses.