Pakistan grieved over losses by earthquake in Turkey 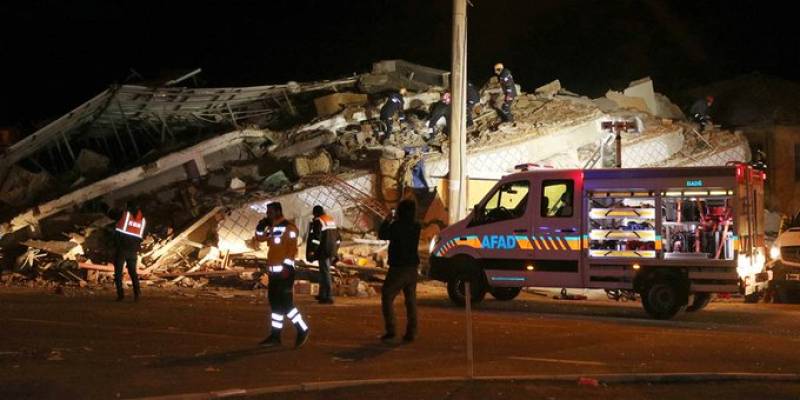 ISLAMABAD – Pakistani leadership Saturday expressed grief over the loss of life and properties caused by the earthquake hitting the eastern parts of Turkey.

“Our thoughts and prayers are with the brotherly people and government of Turkey. We stand by the Turkish leadership and people in this hour of distress,” Prime Minister Imran Khan said also expressing solidarity on behalf of the whole nation.

He said Pakistan stood by them and was ready to lend any assistance in this hour of need.

Deeply saddened by the loss of so many precious lives and of hundreds injured in Turkey’s earthquake. Our thoughts and prayers are with the brotherly people and government of Turkey. Pakistan stands by them and is ready to lend any assistance in this hour of need.

The prime minister also sympathized with the bereaved families and prayed for early recovery of the injured.

Separately, President Dr Arif Alvi He prayed for peace of the departed souls and early recovery of those injured in the tragedy.

“The people of Pakistan share the grief over their Turkish brethren and stand by them,” the president remarked in a statement.

Also the country’s Foreign Minister, Shah Mehmood Qureshi, observed that the whole Pakistani nation was standing by Turkish leadership and masses in this difficult time.

Meanwhile, the Foreign Office Spokesperson has expressed condolences over loss of precious lives due to earthquake in Turkey.

The Spokesperson said in a statement that the government and the people of Pakistan convey their deepest sympathies and heartfelt condolences over the reported loss of several lives as well as injuries to many more as a result of the earthquake in eastern Turkey.

The Spokesperson said our thoughts and prayers are with the victims of this natural calamity, and we wish a speedy recovery to those injured.

As always, the people of Pakistan equally share the pain of their Turkish brothers and sisters and stand by them in this hour of grief.

Chief of Army Staff General Qamar Javed Bajwa has also expressed deep grief and sorrow over the loss of life and property in Turkey's earthquake.

According to Turkish official news agency, the deadly earthquake hitting eastern Turkey had killed at least 20 people and injured more than 1,000 others.

The 6.8-magnitude quake hit eastern Elazig province at 20.55 hours local time on Friday, with its epicenter in Sivrice district, along with neighboring provinces and countries including Syria and Georgia.