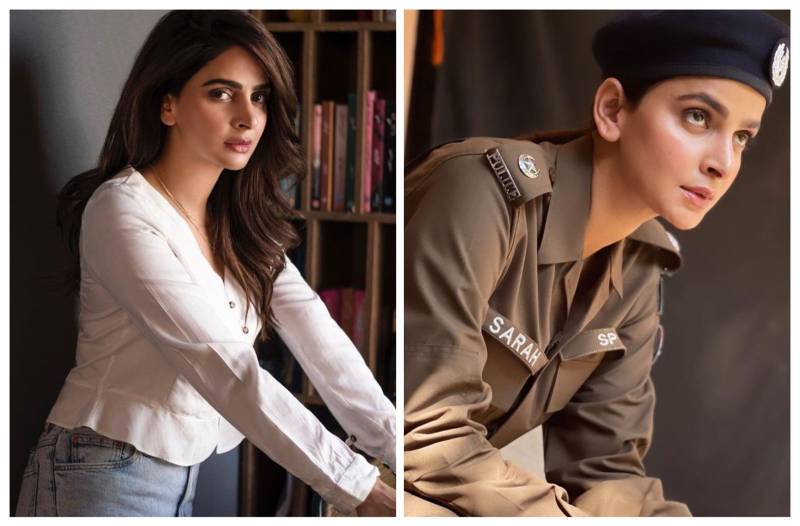 A fan and critic's favourite, Saba Qamar is an absolute stunner who has mastered the art to turn heads with her one glimpse and this time around is no exception either.

The 37-year-old talent powerhouse is back after her short hiatus and is gearing up for another promising project.

Dropping a sneak peek, the Cheekh star turned to her Instagram handle as she shared the first look of her upcoming project titled Serial Killer.

"بِسْمِ اللَّهِ الرَّحْمَنِ الرَّحِيم  I am very elated to announce my new project #Serialkiller Couldn't say no to another promising script after #Maat, written & offered by our intellectual genius @umeraahmed.official Producer @misbah116,"

Dressed as a police officer, Saba's first look promised a fiery plotline and a project that will create a frenzy.

Lahore court has summoned Saba Qamar and singer Bilal Saeed on October 14 for indictment in a case relating to the ...